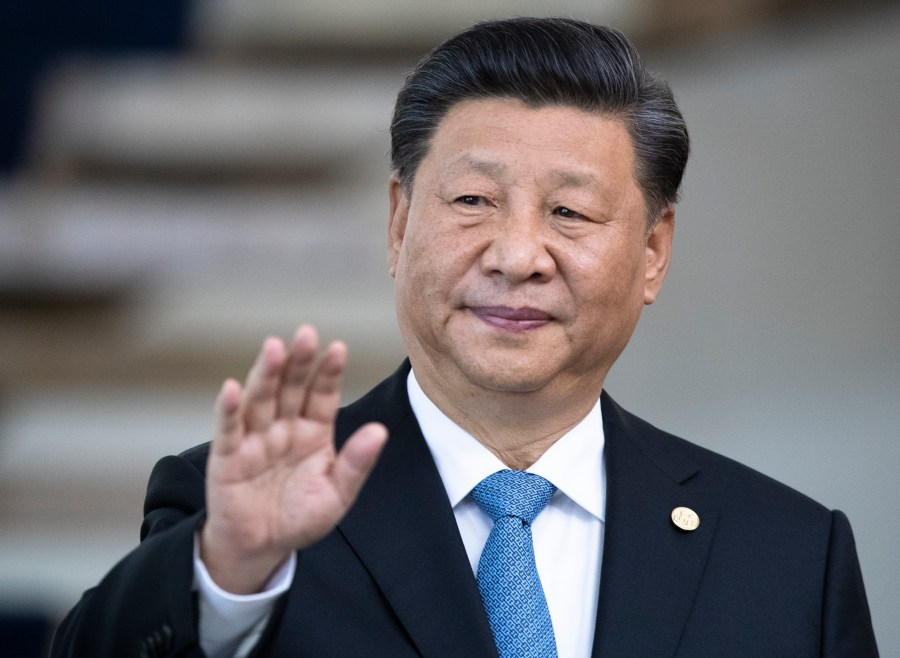 (NewsNation) — Chinese President Xi Jinping on Wednesday stopped in Kazakhstan ahead of a meeting with Russian President Vladimir Putin, which the Kremlin said would hold “special significance” given the geopolitical situation.

On Thursday, Xi is due to fly to Samarkand in neighboring Uzbekistan for a summit with Putin to discuss Ukraine and Taiwan.

“The presidents will discuss both the bilateral agenda and the main regional and international topics,” Kremlin aide Yuri Ushakov said at a briefing in Moscow. “Naturally, they will give a positive assessment of the unprecedentedly high level of trust within the bilateral strategic partnership.”

The meeting comes a month before Xi is set to cement his place as the most powerful Chinese leader since Mao Zedong. It also comes as Ukraine claws its way further into occupied territory in a stunning counteroffensive. The Russians are retreating and giving up key cities they’ve held for months.

Military leaders estimate they’ve taken back some 3,000 square kilometers of territory from the Russians, roughly the size of Rhode Island, in a matter of about a week.

Russian forces have been forced to flee their posts — retreating from some key battlegrounds and major strategic cities. The Kremlin claims they’re simply regrouping, but the Russian military is in dire need of help, and Putin may be looking to Xi and China for that assistance.

Most world leaders have condemned Russia’s invasion of Ukraine, but Xi has stood by Russia, giving Putin a powerful ally in his corner.

Thus far, China hasn’t gotten involved in this conflict directly, nor has Beijing provided any military aid to Russia.

While the U.S. and Europe have imposed strict sanctions on Russia, China has increased its trade with Russia, continuing to buy its oil and gas, propping up its economy.

Symbolically, the appearance of the two authoritarian leaders together counters the narrative that Putin is an international pariah.

Ushakov said Moscow values China’s position toward what he called the “Ukraine crisis,” saying Beijing had struck a “balanced approach” toward the conflict.

China “clearly understands the reasons that forced Russia to launch its special military operation. This issue, of course, will be thoroughly discussed during the upcoming meeting,” Ushakov said.


Price of milk drops for first time in 3 weeks

Ushakov said no new energy deals with China are expected to be signed in Uzbekistan.

Meanwhile, experts expect that Russia and Ukraine’s combat will slow down as they head into the winter.

Some military experts are hoping during that time, these recent gains will give Zelenskyy more leverage to get Russian leaders to the negotiating table and work out a peace deal. Putin is getting pressure, even from allies within Russia, to end the war.

However, on the flip side of that hardline, hawks in Russia view Ukraine’s recent success as a reason to get more aggressive. Other experts fear Putin may take that advice and potentially use his nuclear weapons out of desperation.

This is Jinping’s first trip abroad since the outbreak of the pandemic.

The Associated Press and Reuters contributed to this report.