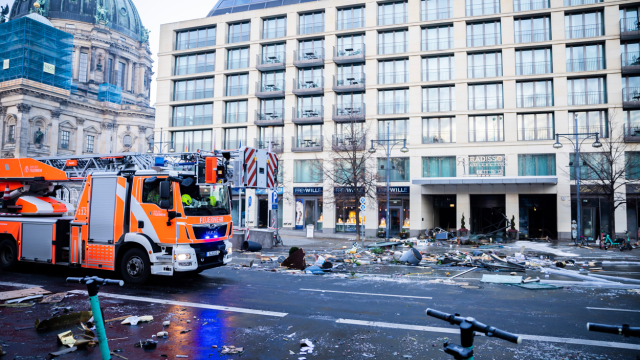 The first sign of disaster was a loud crack – and then the world’s largest circular aquarium tank unleashed a wall of water onto a Berlin street.

The tank, a major attraction at the Sea Life in the centre of the German capital, spewed glass and other debris out of the building, which also contains a hotel and cafes, as one million litres of water poured out of the 25-metre-high aquarium shortly before 6am local time on Friday.

Berlin’s fire service said two people were lightly injured and rescue dogs were being prepared to search the building for anyone who might be trapped under debris.

There was speculation that freezing temperatures of down to minus 10C overnight had caused a crack in the tank, which then exploded under the weight of the water. Police said the cause of the incident was still being investigated.

Operators say the aquarium has the biggest cylindrical tank in the world and contained 1500 tropical fish of 80 different species before the incident. The aquarium, which was last modernised in 2020, is a major tourist magnet in Berlin.

The 10-minute elevator ride through the tank was one of the highlights of the attraction.