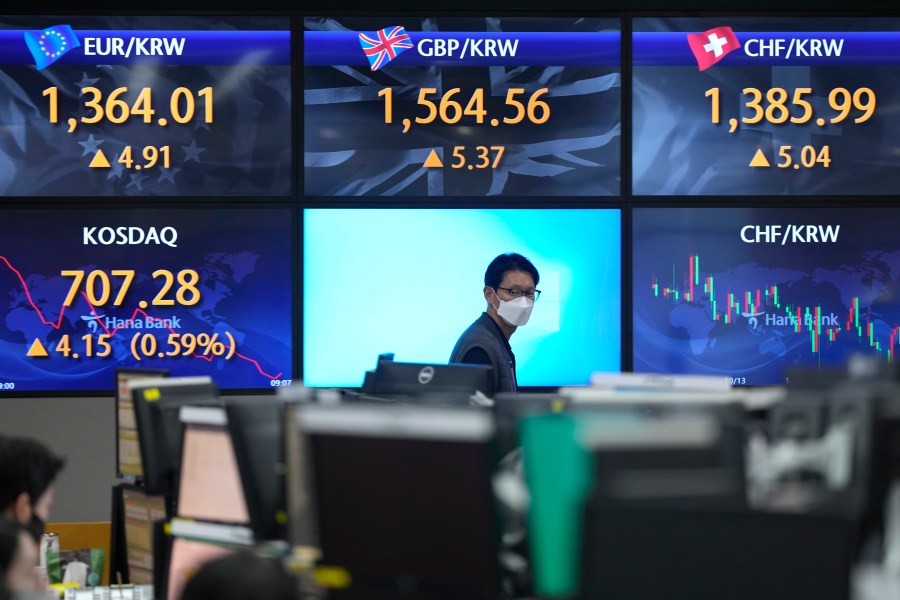 BANGKOK (AP) — European shares were higher Wednesday after a mixed session in Asia in the absence of major data releases.

The future for the S&P 500 advanced 0.7% while that for the Dow Jones Industrial Average surged 0.8%.

The Japanese central bank has kept its key lending rate at minus 0.1% for years, trying to spur growth by keeping credit ultra cheap. The slight softening of its stance against raising interest rates to cut inflation rattled world markets Tuesday, with bond yields pushing higher.

Higher yields make borrowing more expensive, slowing the economy. That can alleviate upward pressure on prices, but it also pulls prices for stocks and other investments lower.

The widening gap between the BOJ’s benchmark rate and rising interest rates in the U.S. and other economies has weakened the yen against the U.S. dollar and other currencies, causing prices for imported oil, consumer goods and industrial inputs to surge and adding to pressures on its economy.

“Ultimately, the BOJ is reacting to a dysfunctioning bond market and a weakening yen. But the move also represents the fall of one of the last central bank hold-outs of ultra-low rate policy,” Stephen Innes of SPI Asset Management said in a commentary.

Central banks around the world have been raising rates at an explosive clip and a growing number of economists and investors see a recession hitting in 2023. Both the Federal Reserve and European Central Bank have pledged to keep raising rates into next year to be sure they get inflation under control.

At the same time, fresh waves of COVID-19 infections in China, Japan and other countries are casting a shadow over pandemic recoveries.

The yield on the 10-year Treasury rose to 3.70% from 3.59% late Monday. That yield helps set rates for mortgages and other economy-setting loans, which has already meant particular pain for the U.S. housing market.

The two-year U.S. Treasury yield, which tends to more closely track expectations for action from the Federal Reserve, was more reserved. It held steady at 4.26%.

In the foreign exchange market, the dollar rose to 131.70 Japanese yen from 131.62 yen. Tokyo’s surprise move on Tuesday had pulled the dollar 4% lower against the yen.

U.S. benchmark crude oil gained 77 cents to $77.00 per barrel in electronic trading on the New York Mercantile Exchange. It gained 1.2% on Tuesday.

Brent crude, the pricing basis for international trading, picked up 85 cents to $80.84 per barrel.