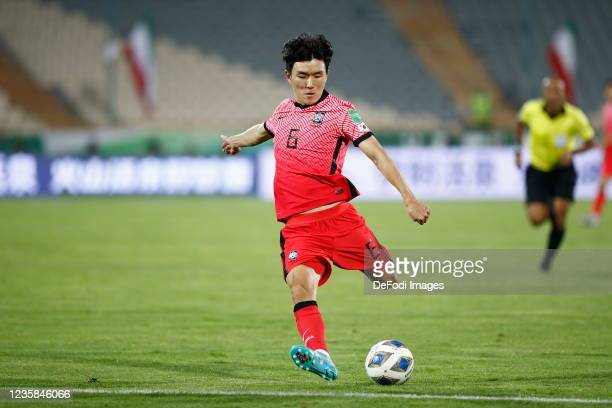 TEHRAN, IRAN – OCTOBER 12: (BILD OUT) Hwang In BeomSouth Korea midfielder Hwang In-beom insists the team is ready to make their country proud against Ghana in their Group H clash on Monday.Both teams head into the game knowing only a win can enhance their chances of progressing from the group.Ghana lost their opening game against Portugal in dramatic circumstances while South Korea head Uruguay in a pulsating draw.As a result, I hope it can be a match that gives happiness to the fans in Korea and Qatar, In-beom said ahead of the match against Ghana.Meanwhile, South Korea coach Paulo Bento has told his players to stick to the same plan as they did against Uruguay.It is important to play like us. As we did in the last game against Uruguay, we have to show that we are competent, he said, emphasizing our football,” said Bento.