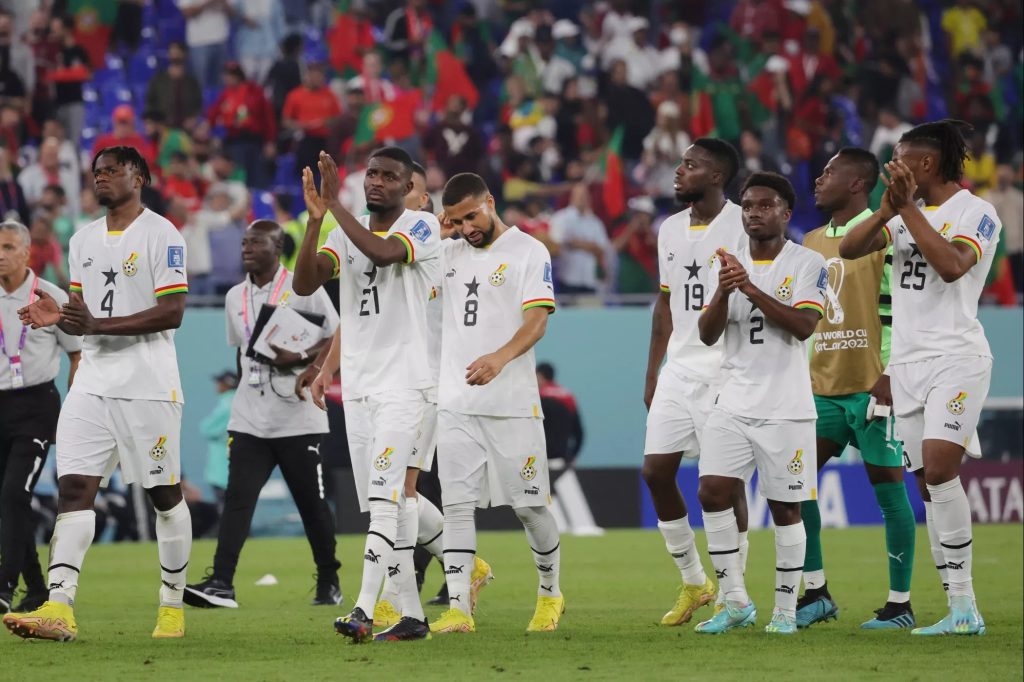 A brave Black Stars lost their 2022 World Cup opener against Portugal last Thursday in Doha, as the four-time African champions fell 3-2 to Portugal.Fans from all over the country tuned in to watch the game, and despite the loss, they were pleased with the team’s performance.”Our players have really done well. Just that some few lapses that made us lose the game but I hope that Insha Allah, the next match, we are going to make it,”Alhaji Said Mutaka said.”There’s no need for us to be angry or mad at them, not at all”, Black Stars fanJessica Selikplim insisted.”They did well, it wasn’t easy. The game was actually tough but they did well, scoring two, they have done well, like Kudos. They’ve done well, like.”All of the goals were scored in the final half-hour at Doha’s Stadium 974. Ronaldo scored on a contested penalty, and Ayew equalised for Ghana.Joao Felix reclaimed the lead for Portugal, and Rafael Leao added a third. In the 89th, Osman Bukari reduced Ghana’s deficit.Ghana will face South Korea on Monday and will rely on their fans at the Education Stadium and back home.