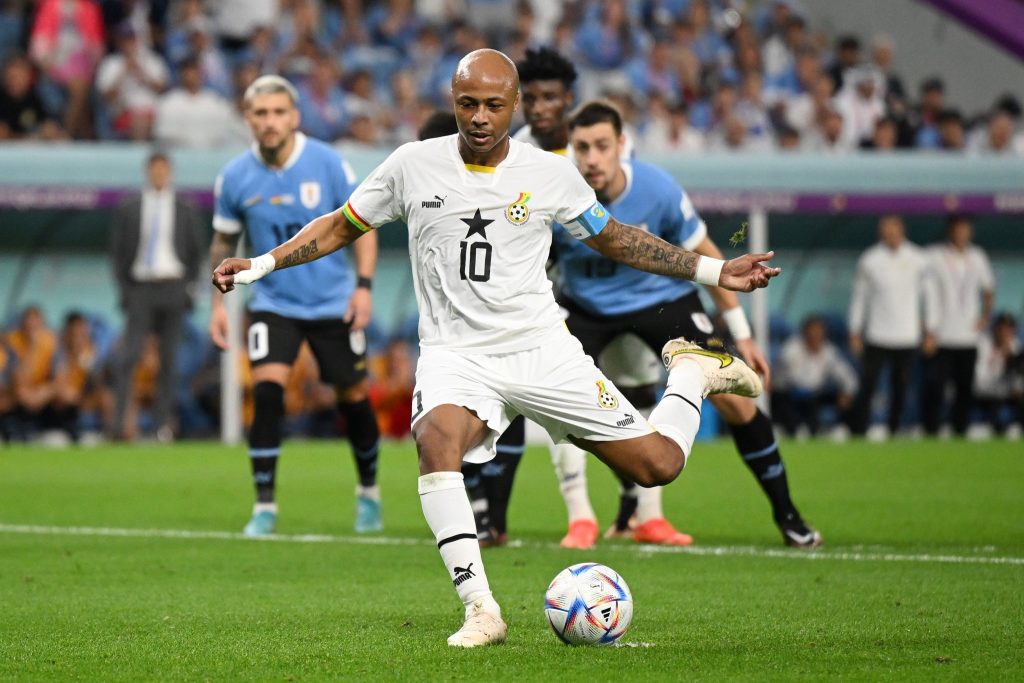 Former coach of the Black Stars Otto Addo has jumped to the defence of Andre Ayew following his penalty miss against Uruguay.Ayew had the opportunity to give Ghana the advantage in the 17th minute after the Black Stars were award a penalty, but the 32-year-old missed from the spot.Uruguay defeated Ghana 2-0, courtesy a first half brace from Giorgian Dde Arrasteca.”Nobody should forget, we wouldn’t have been there without you,” wrote Addo on his Instagram with a photo of the player’s penalty against the Bafana Bafana. “We will get even strong from this,” added the coach.Ayew scored Ghana’s first goal at the World Cup in the 3-2 defeat to Portugal in the group opener.The Black Stars are expected in Ghana on Monday with preparations for the 2023 Africa Cup of Nations qualifiers set to begin in earnest.The four-time African champions sit top of Group D with four points from the first two games of the qualifiers.