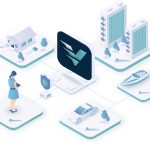 The mission of Verifast is evident in its name: the startup is on a mission to make verifying someone’s identity and financial details fast.

The company’s technology is currently used for tenant screening, and having closed a $3.5 million CAD seed round over the past year, Verifast sees the potential to expand into a variety of verticals.

The first area outside of tenant screening that Verifast is tackling is mortgage underwriting. The company secured Canadian mortgage originator M3 Financial as its lead for the seed round, which invested in Verifast through its venture arm.

“I think this is huge, there’s a lot of juice here, and I had to be part of it.”
– Tim Ray, Verifast CEO

The remaining investors included a number of angel investors, including celebrity real estate investors. One of those investors was Scott McGillivray, who invested in Verifast through his real estate education company Keyspire, which he created alongside Michael Sarracini. Also from the real estate space is Susan White Livermore, who is known as “the Millionaire Mom.”

The $3.5 million (all numbers CAD) seed round consists of $2.5 million in net new capital that closed in August, as well as $1 million that Verifast secured in December of last year. Verifast’s total funding to date amounts to $3.75 million.

Verifast co-founder and CEO Tim Ray described the startup as a way for businesses and consumers to disclose, verify, and analyze identity and financial information “really quickly.”

The Toronto-based company was founded in 2019 by Craig Schoen and Chad Guziewicz, who currently serve as CTO and COO, respectively. The company originally operated under the name Rentify, and focused solely on screening and identity verification for landlords.

Using an individual’s digital banking statements, the startup leveraged artificial intelligence to verify things like employment, income, identity, past rent payments, and bill payments. The intent was to go beyond traditional credit checks, providing landlords with a more fulsome view of potential tenants.

Over the last year, Verifast realized that there was potential for its verification platform beyond tenant screening and decided to broaden its horizons. In May, the company rebranded and has been working with mortgage lenders over the past year to pilot its technology in the mortgage underwriting space.

A repeat entrepreneur, Ray become CEO of Verifast in October 2021. He had been working with the company since the fall of 2020 when he led its $250,000 pre-seed round. With personal experience “being a very unsuccessful landlord,” as he put it, Ray saw potential in Verifast and ended up joining as a co-founder.

“It was just like a eureka moment,” he told BetaKit. “I think this is huge, there’s a lot of juice here, and I had to be part of it.”

Ray’s previous ventures include airline booking startup CHIRP, and other food industry startups that were acquired, including Carnivore Club, which was bought by BattlBox and later Emerge Commerce.

When it comes to Verifast, Ray sees potential beyond tenant screening and mortgage underwriting.

“The big vision is basically becoming a default platform for instant disclosure and adjudication of risk and or select financial details between two parties across many different verticals, and across both Fiat and [the] digital or crypto world,” Ray stated. For now, Verifast is paying attention to tenant screening and mortgage underwriting.

With its current focus on building out underwriting, Verifast claims that it has helped mortgage lenders to cut labour costs and increase mortgage approval rates by up to 90 percent.

“In this business, it’s always faster, easier and better to confirm information directly from the source,” said M3 Ventures’ president Michael Beckette, adding that Verifast’s platform has the ability to benefit brokers and lenders alike.

Ray claimed that Verifast is currently engaged with several of the largest mortgage lenders in Canada about the potential of using its platform. The startup is exploring customer opportunities in both Canada and the United States.

Ray stated that Verifast’s ultimate goal is to make applications for things like mortgages and rentals more equitable.

“There’s a lot written about credit checks and how there [are] sometimes inherent biases,” he said. “The beauty of using bank data or transaction data to look at people’s income is … you really allow the people that may have no credit or bad credit and or lesser means, allow them to show that they look good on paper where they might not otherwise.”

German energy giant RWE to end coal use by 2030