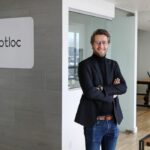 A lot of founders eventually step back from their role as CEO and bring on a more seasoned candidate to take the company to new heights. Potloc founder Rodolphe Barrere takes a different approach: he tries to fire himself from every other job in the company so he can focus solely on being a growth-oriented CEO.

On the #CIBCInnovationBanking podcast, Barrere shared more about his mental model for scaling operations and his secret for building a strong company culture.

On top of his model for operations, Barrere also credits the people he surrounds himself with and the company’s culture for Potloc’s success.

When Barrere founded Potloc, a market research startup, he was up against companies that had invested heavily in phone and in-person surveying. But he saw an opportunity in the then-new concept of social media, believing it would foster more connections and help surveying companies reach more people. Many doubted him, but he was right—social media exploded and people were willing to click on surveys to give their perspectives without a cold call or being stopped on the street.

All competitors have since embraced social media, but Barrere attributes Potloc’s success—the company now operates in 30 countries, has over 230 employees, enjoys millions in revenue, and recently raised a $35 million Series B round—to his leadership style and ethos.

Not all startup founders go on to become growth CEOs, and Barrere said he’s had multiple opportunities to exit Potloc, either selling the company entirely or bringing on a professional CEO. However, he always decided against it.

“We’ve had a couple of acquisition offers in the past, so I could have been a 30-year-old millionaire,” said Barrere.

Explaining why he turned down the chance to be independently wealthy, Barrere cites his values: independence, learning new things daily, and having control over his work. With that lens, staying in the CEO spot made the most sense for him.

The decision to remain CEO, however, doesn’t automatically mean he’s always the right guy for the job. Barrere said he’s continually working to improve himself, learn more, and ultimately “fire himself” by setting up the core infrastructure in a certain area of the business, then handing it off to a competent executive.

To “fire” himself, Barrere follows a three-step path: first, he’ll start a process or try something new himself. After that, he’ll focus on adding as much unique value as he can. When he can no longer add more value, he operationalizes the process and delegates it out.

“I’m trying to fire myself,” said Barrere. “So it’s an interesting concept where you see all the things that you’re doing, where you are a component of a chain, and you’re trying to remove you from that chain for that chain to work without you.”

Slowly handing off processes once he’s created the foundation gives Barrere the energy he needs to focus on being a growth-stage CEO—a position that doesn’t allow much time for operational tasks.

“People get stuck into operations because they are adding value, but they’re not adding more value than anybody else,” said Barrere. “And they should try to fire themselves as quickly as they can in order to keep producing innovative content.”

On top of his model for operations, Barrere also credits the people he surrounds himself with and the company’s culture for Potloc’s success. He said his daily meetings with his co-founder provide intellectual growth on a regular basis—the duo talk about business but also everything they’ve read or noticed in the past day.

“​We’re reading a lot of articles, speaking with a lot of people, etc,” said Barrere. “So we’re two brains and we’re sharing all that content. So we’re basically absorbing the content of two brains and sharing it.”

The post Why Potloc founder Rodolphe Barrere tries to fire himself every six months first appeared on BetaKit.