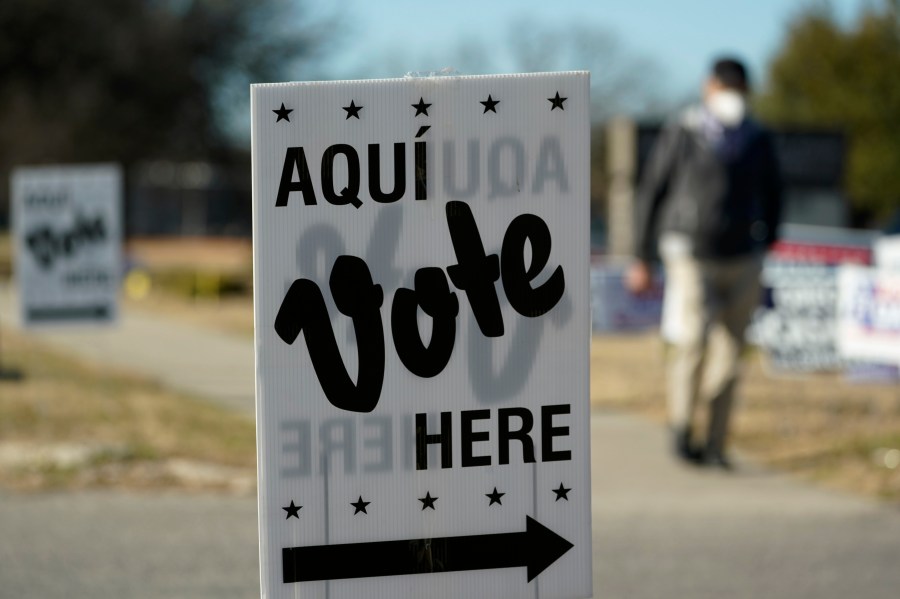 (NewsNation) — With the 2022 midterm elections less than two months away, concerns about the economy and access to abortion remain top of mind for American voters.

As we head down the stretch, these are the voters and issues that will likely decide the balance of power in Congress.

The economy remains the dominant issue for Americans heading into this year’s midterms. With inflation remaining near 40-year highs, 77% of registered voters say the economy is “very important” to their vote in the upcoming election, according to Pew.

That reality could spell trouble for Democrats who currently control the White House and both chambers of Congress.

“Midterms are a referendum on the degree of unhappiness with whatever actions the incumbent President has taken,” said Kiel Williams, a senior data scientist at Decision Desk HQ.

President Joe Biden’s current approval rating sits at 42%, per Gallup, which is two points higher than former President Donald Trump’s rating ahead of the 2018 midterms — a year when Democrats took control of the U.S. House of Representatives for the first time since 2010.

But there are some indications Americans are more hopeful about the economy than even two months ago. Consumer sentiment has inched up since the early summer, gas prices have fallen 25% from record highs in June and unemployment remains historically low.

“I think it’s a much more of a toss-up election now than it was three or four months ago and who knows what it’s going to be in six weeks with the economy,” said Ryan Burge, a political scientist at Eastern Illinois University.

Midterm elections tend to have significantly lower turnout than general elections but experts say the overturning of Roe v. Wade could galvanize voters who otherwise might have stayed on the sideline.

The controversial Supreme Court decision that turned legal questions around abortion back to the states could hurt Republican candidates more than Democrats. More Americans identify as pro-choice today (55%) than at any point since 1995, per Gallup polling. By comparison, just 39% of people say they are pro-life.

Some Republican candidates have even gone as far as scrubbing their abortion positions from their websites so as not to appear in favor of the SCOTUS opinion, Burge noted.

Last month, nearly 59% of voters in deeply-conservative Kansas rejected a ballot measure that would have allowed the state legislature to tighten restrictions or ban abortion outright.

As of late August, 56% of registered voters said abortion was “very important” to their vote in the upcoming midterms, up nearly 13 points from March of this year.

Historically, Latino and Hispanic voters have thrown the majority of their support behind Democratic candidates but there are signs the gap may be starting to narrow.

In 2020, Trump saw his support among Hispanic voters jump 10 points compared to 2016. Those gains were especially pronounced in the Rio Grande Valley in Texas and South Florida but as experts NewsNation spoke to noted, other regions saw far less dramatic shifts.

“I think it’s important to remember that Hispanics aren’t a large monolithic voting bloc,” said Williams, who pointed out that Hispanic voters in Arizona and Nevada were key to Biden’s victory in 2020.

It remains to be seen whether that support will carry over in Senate races in the two states this November.

Surveys suggest Hispanics, who are more likely to vote based on economic issues, are not happy with the president’s current performance.

A Quinnipiac poll from July found that 70% of Hispanic voters disapprove of the way Biden is handling his job as president — the lowest mark of any demographic group.

Despite the president’s low approval ratings, a New York Times/Siena College poll this week found most Hispanics (56%) intend to vote for Democrats in November, compared to 32% who said they intend to vote Republican.

White college graduates voted significantly more Democratic in 2020 than in 2016. Specifically, the Republican advantage among white college-educated men plummeted in key swing states like Arizona, Georgia and Pennsylvania, according to an analysis by the Brookings Institute.

The question is whether those same voters who flipped from red to blue in 2020 will go the same way this November.

“If we see Democrats give up a lot of their gains with college-educated whites that’s the point at which Mark Kelly becomes toast in Arizona,” Williams said.

But recent indications suggest Democrats have held on to their gains.

The voting bloc could prove especially important in a midterm election where history shows college-educated voters are more likely to participate than those without a degree.