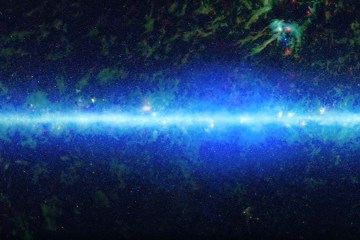 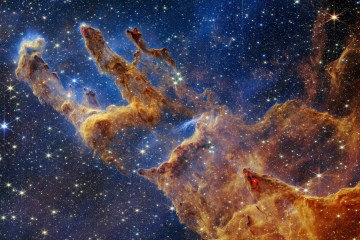 A SOLAR eclipse is a rare treat you don’t want to miss.

Fortunately, experts know exactly when to expect them, so you can prepare – and the next one isn’t far at all.

When is the next solar eclipse?

It’ll be a partial one with varying degrees of obstruction to the Sun depending where in the world you are.

This means only part of the Sun will be blocked from view, not all of it – which is a total solar eclipse.

In the UK, for example, it’ll cover about 15 per cent.

“This happens when the Sun, Moon, and Earth are not exactly lined up,” as Nasa puts it.

“The Sun will appear to have a dark shadow on only part of its surface.”

Dr Robert Massey, of the Royal Astronomical Society, said the phenomenon will cause the Moon to block the view of “some or all of the bright solar surface”, and the Sun will “appear to have a bite taken out of it”.

Most Read in Tech

Amazon Alexa speaker down to £9.99 in tempting 'lowest price ever' deal

Creepy moment ‘world’s most expressive’ robot smiles and asks ‘what if I am real?’

Where will you be able to see the solar eclipse?

But it won’t be visible in northern America.

UK observers should expect to see between 15 and 20 per cent of the Sun covered by the Moon.

Experts say the eclipse will begin at 10:08am in London, with the maximum eclipse occurring at 11.13am, when the Moon will cover close to 15 per cent of the Sun.

Lerwick in the Shetland Isles is expected to have a better view, with 28 per cent of the Sun obscured at mid-eclipse.

How can I watch the solar eclipse safely?

You should never look directly at the Sun as this can damage your eyes.

Binoculars, telescopes or a telephoto lens on an SLR camera is a bad idea too.

Dr Massey says the simplest way to watch an eclipse is to use a pinhole in a piece of card.

“An image of the Sun can then be projected on to another piece of card behind it (experiment with the distance between the two, but it will need to be at least 30cm),” he said.

“Under no circumstances should you look through the pinhole.”

Another popular trick is the mirror projection method.

“You need a small, flat mirror and a means of placing it in the sun so that it reflects the sunlight into a room where you can view it on a wall or some sort of a flat screen,” Dr Massey explained.

“You may also have eclipse glasses with a certified safety mark, and these are available from specialist astronomy suppliers.

“Provided these are not damaged in any way, you can then view the Sun through them.”

Binoculars or telescopes can also be used to project the image of the Sun.

Dr Massey advised: “Mount them on a tripod, and fit one piece of card with a hole in it over the eyepiece, and place another between 50 cm and a metre behind it. Solar eclipses are fairly common, with between two and five happening every year.”

When is the next total solar eclipse?

A total eclipse is when the Sun is completely obscured from view by the Moon.

It’s usually visible from somewhere on Earth around once every 18 months.

EYES TO THE SKIES

According to Timeanddate.com, the next total solar eclipse will happen on 20 April, 2023. But this will only be visible from South/East Asia, Australia, the Pacific, Indian Ocean and Antarctica.

Unfortunately, the UK will have a long wait until the next total eclipse – the next one isn’t due to be seen from there until September 23, 2090.

Find out more about science

Want to know more about the weird and wonderful world of science? From the Moon to the human body, we have you covered…