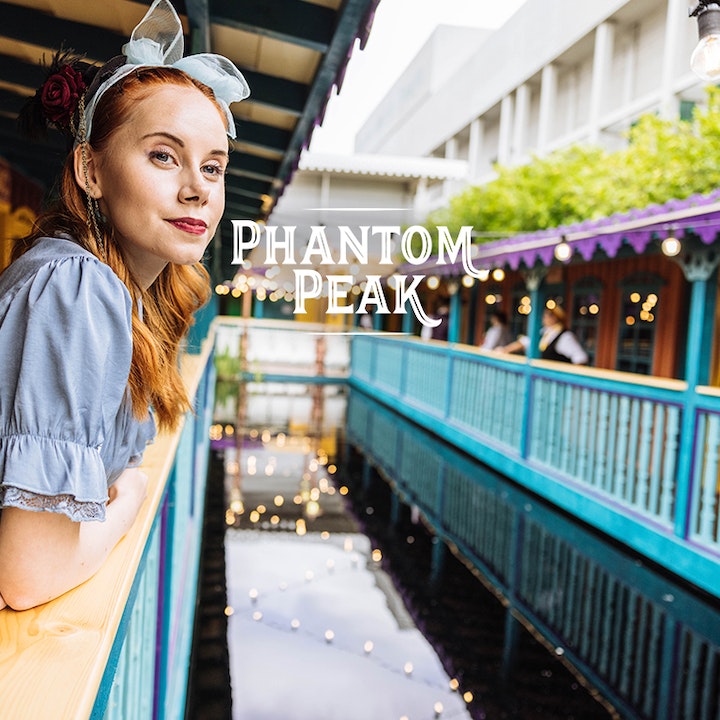 London is a labyrinth peppered with hidden havens, wondrous watering holes and excellent eateries and somehow Phantom Peak manages to roll those all into one immersive, theme-park-style adventure, strung together with a tangled thread of mystery and intrigue. We got to pay a visit to the recently-opened town and experience its waterside warren of food stalls, bars, carnival games and gift shops for ourselves.

First things first, you can find Phantom Peak in the riverside hub of Canada Water – fitting, as water is a central atmospheric feature of the time-warped town – just a short five-minute walk from the tube station. Sequestered among retail stores, rubbing shoulders with the ill-fated Printworks (a moment’s silence for this clubbing institution please) and tucked away behind a thick row of trees, the approach is largely unassuming but makes what you find inside all the more special. 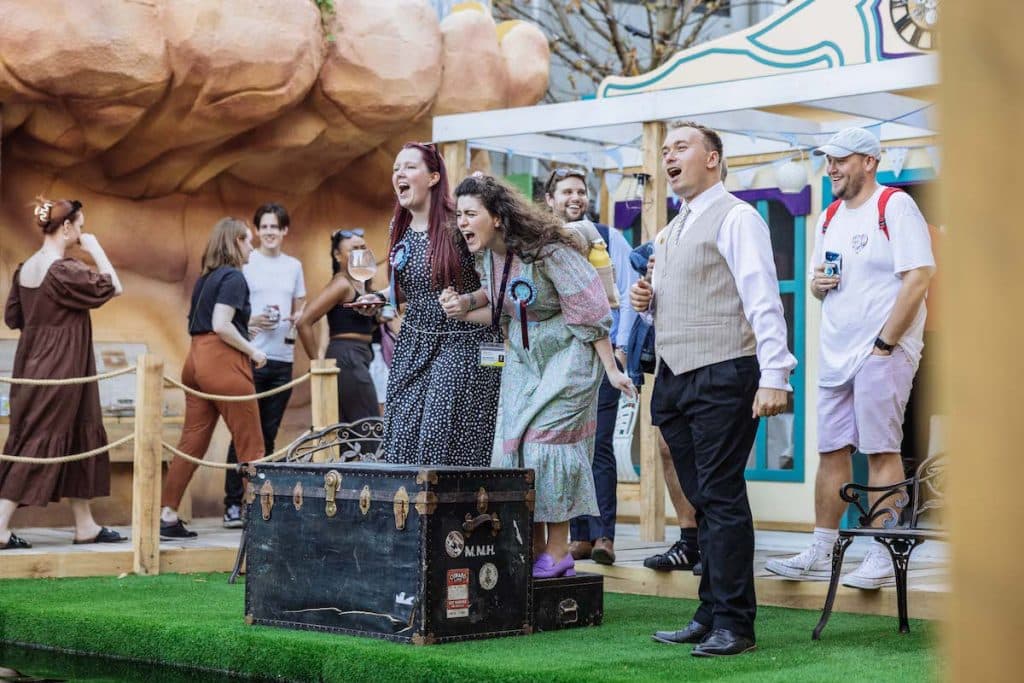 Your first steps will take you in through a green patch scattered with bean bags and picnic blankets – a perfect spot to revisit when muddling over a tangled web of mystery – but it’s what lies ahead that really captures the essence of the steampunk-meets-western town: a canal strung with fairy lights and flanked by wooden walkways snakes around the sprawling venue, plunging you right into a world far from the city streets of London. Think Lake-town from The Hobbit, then add some Westworld-reminiscent costumes and a sunset spectrum of colour and you might have an inkling of what to expect. Or, if the above doesn’t ring any bells for you non-screen junkies, maybe the phrase ‘Venice of the West’ may conjure up an image or two. 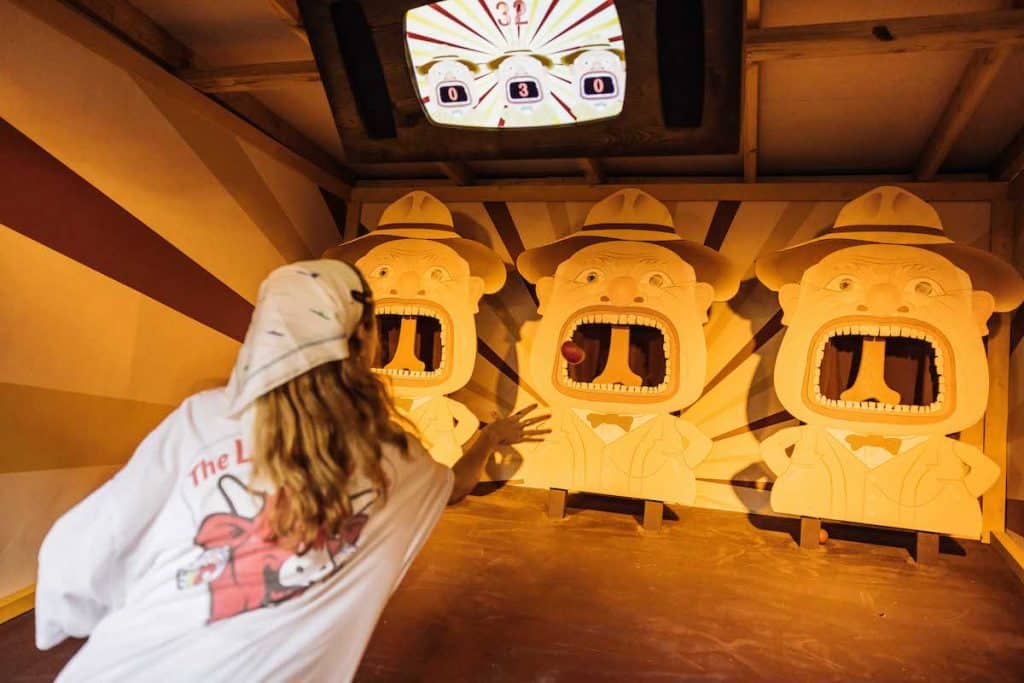 Upon arrival, you have the option to get stuck into a quest from the get-go. You are directed to a website on your phone that asks you to answer some pretty random questions, which, at first read, had me thinking my brain was having a minor meltdown but did make sense once I was assigned what is one of a series of different missions to dig into the mystifying backstory of the town. Here, you can become the protagonist of your own story; channelling your inner Sherlock as you crack codes with the help of the savvy long-range telegram or using your gift of the gab to find out clues from the charismatic townsfolk. You can do it entirely at your own pace, so taking a moment to gulp down a beer from the bar or hop into a boat for a relaxing ride won’t unravel your case. In fact, taking a moment to sip a cocktail in front of the cascading waterfall may be just the ticket to get you thinking like a true local. 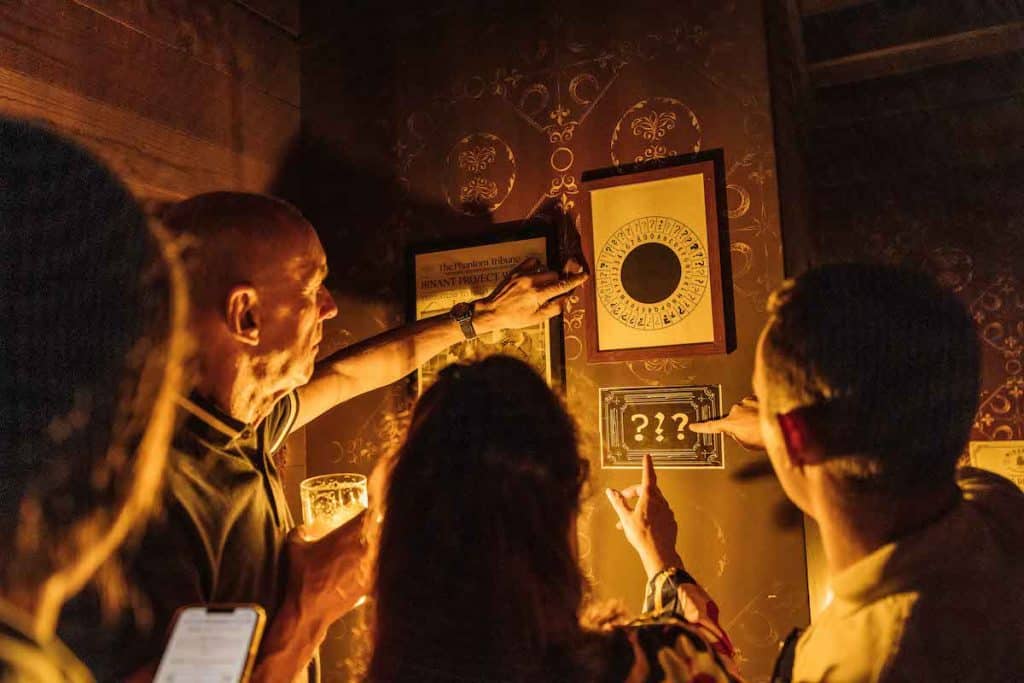 There’s plenty to discover in Phantom Peak and, mysteries aside, you could easily while away the hours strolling around with a drink and exploring every nook and cranny. One moment I found myself ducking into the gift shop to browse the curious array of goods, the next I was hooked on the carnival games where my childhood desire to win a rosette was unexpectedly reignited (sharpen your reflexes and memory skills if you want to be more successful than me). Like an old-school arcade, they do cost £1 each but any hint of competitive spirit in you will soon overrule any hesitancy. The current set up of games is around until October 16.

Quest or no quest, one particularly intriguing part was the Old Town. Hidden inside the mountain and shrouded in a rolling mist, the characters inside lean more towards embittered rather than the frills and suspenders joviality you are greeted with in the main space. One aspect that helps to create an almost cinematic atmosphere is the giant blimp lurking in the shadows, a symbol of a buried past that Phantom Peak’s corporate founders, JONACO, seem all too eager to hide. We don’t want to give too much away of course, so if this is one mystery that piques your interest you’ll have to pay a visit to find out for yourself. 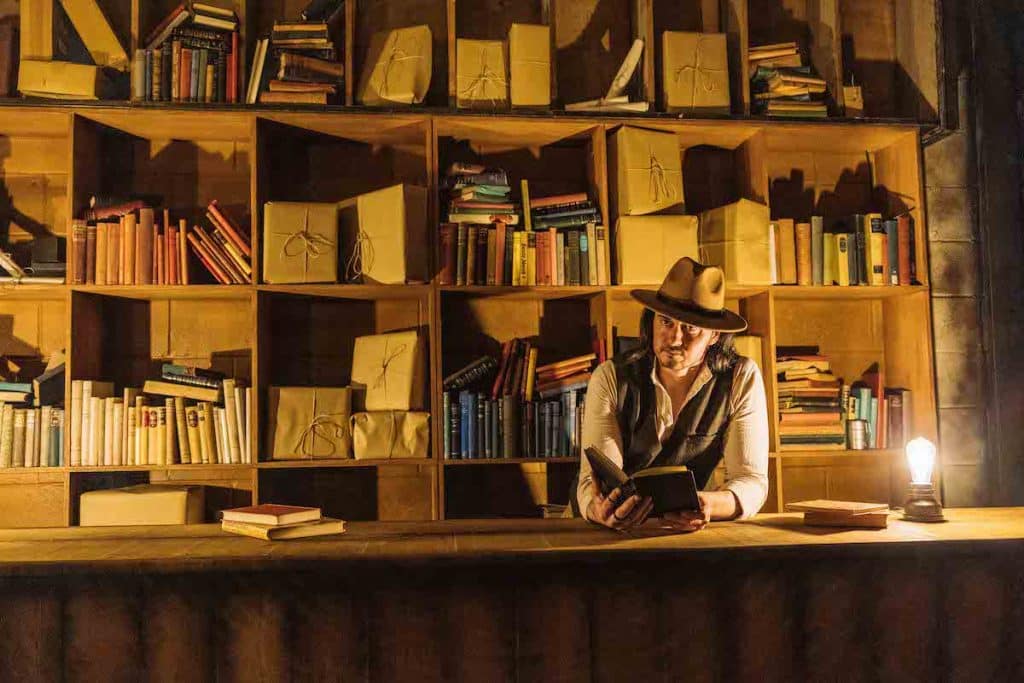 While uncovering the murky past is a big draw, this slice of Victoriana escapism is made all the more tempting by the variety of food and drink on offer. I tucked into a trusty favourite – loaded nachos – which hit the spot, but there were also homemade pies, burritos, burgers and, to cleanse the palate there’s, of course, the classic amusement park staple, gelato. There are plenty of options for veggies and vegans also.

As I ate I took in my surroundings and forget for a second that we were actually in London. While the looming office buildings and flats are unavoidable splinters in the otherworldly facade, you can easily lose yourself in the story and setting of Phantom Peak. Why not take a wander off the beaten path of crowded restaurants and neon-lit bars and experience this unique open-world adventure for yourself? You’ll need to be quick to see it as we did, as rumour has it, things will change come October 16 and there’s even an expansion on the cards…

The post We Explored London’s Open-World Adventure ‘Phantom Peak’, And It’s Really Like Stepping Into An Alternate Reality appeared first on Secret London.