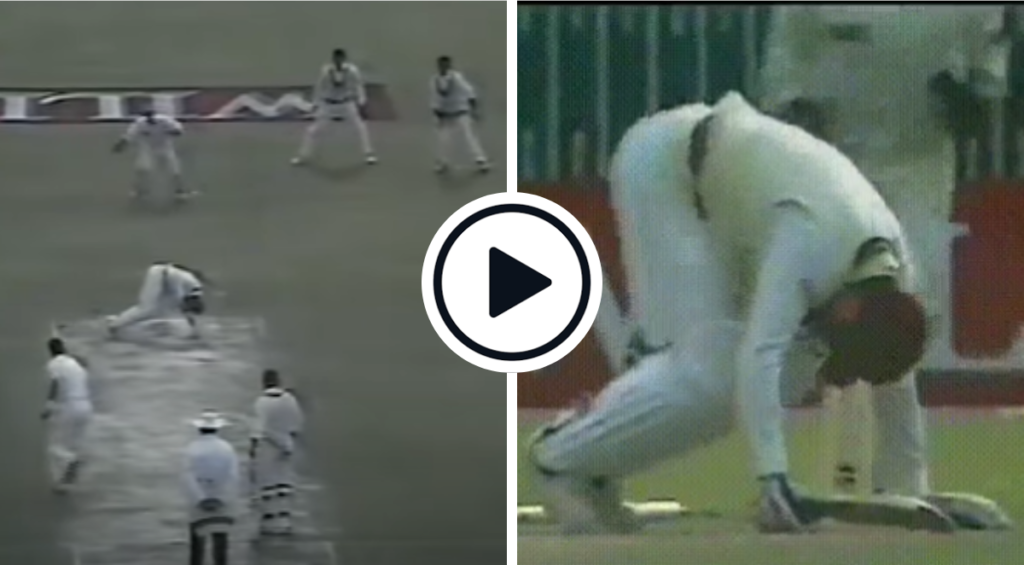 Watch: Waqar Younis set up Brian Lara perfectly and then dismissed him with a searing inswinging yorker during the second Test between Pakistan and West Indies in 1997.

Hosts Pakistan won the first Test in Peshawar by ten wickets and were looking for their first series win against West Indies in 39 years when they took the field for the second game at Rawalpindi, which also marked the debut of Shoaib Akhtar. Pakistan got off to an electric start, reducing the Windies to 37-2 before Lara walked out to bat

Lara started off authoritatively, smashing his trademark cover drive for four off Waqar before hitting another boundary on the very next delivery. Waqar, however, had the last laugh as he made a strong comeback and outwitted Lara with an inswinger that not only made the batter slip and fall, but also managed to take out his stumps.

The yorker on the leg stump swung back in at high pace, and Lara fell forward as he tried to keep it away. He was unsuccessful, with the ball sneaking through his bat-pad gap to shatter his leg stump. “Virtually a hundred miles an hour [the speed of the ball].. That has Waqar Younis written all over it.” chipped in the commentator as Lara was sent back for a nine-ball 15.

West Indies were bowled out for 303 in their first innings, and in reply, Pakistan notched up 471 on the board. The hosts dismissed the rivals for 139, to win the clash by an innings and 29 runs, which also helped them clinch a historic series. Pakistan ended up winning the third Test as well to complete a famous whitewash.

#OnThisDay in 1997, Pakistan achieved their first Test series win over West Indies in 39 years with an innings and 29 runs victory at Pindi Cricket Stadium in the second Test of the three-match series.

You can check the extended highlights here:

The post Watch: The incredible 1997 Waqar Younis yorker to Brian Lara that set Pakistan on their way to a historic Test series win appeared first on Wisden.