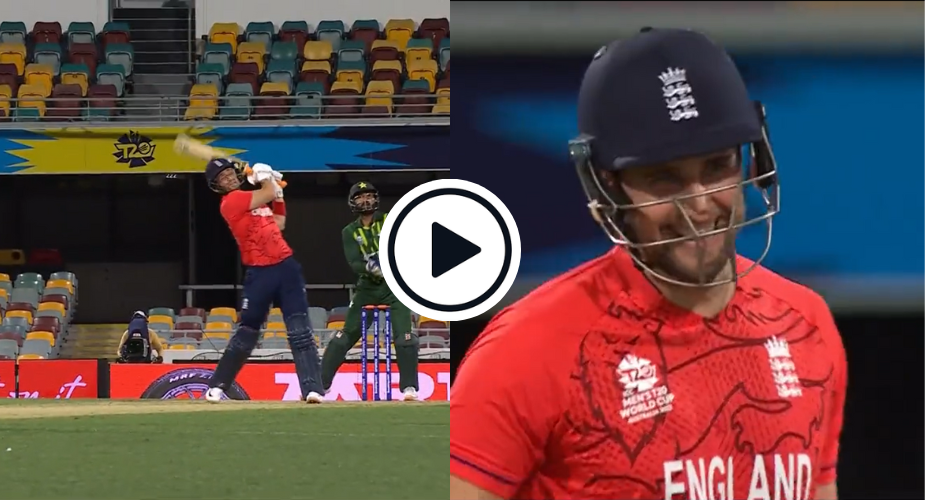 Watch: Liam Livingstone, making his first competitive appearance since August, smashed a mammoth six off Shadab Khan, which landed on the roof at the Gabba.

Over the past few weeks, Livingstone had been nursing an ankle injury and had missed England’s tour of Pakistan. Against the same opposition at the Gabba in a T20 World Cup warm-up match, though, it felt he had not missed a beat. When leg-spinner Shadab came to bowl the first ball of the ninth over, Livingstone stepped down the track, got close enough to the pitch of the ball and clattered it onto the roof over the long on fence. On air, Tom Moody, unable to contain his excitement, described Livingstone’s six as an “absolute monster”.

Livingstone’s innings helped continue England’s momentum after Ben Stokes had given them a good start. England ultimately went on to chase 161 to finish the game inside 15 overs. Apart from showing glimpses of his destructive batting ability, Livingstone picked up a wicket as well. England will be thrilled with the outcome, considering how much cricket Livingstone has missed lately and how crucial he is to their T20 World Cup hopes.