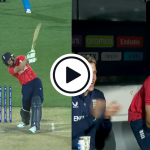 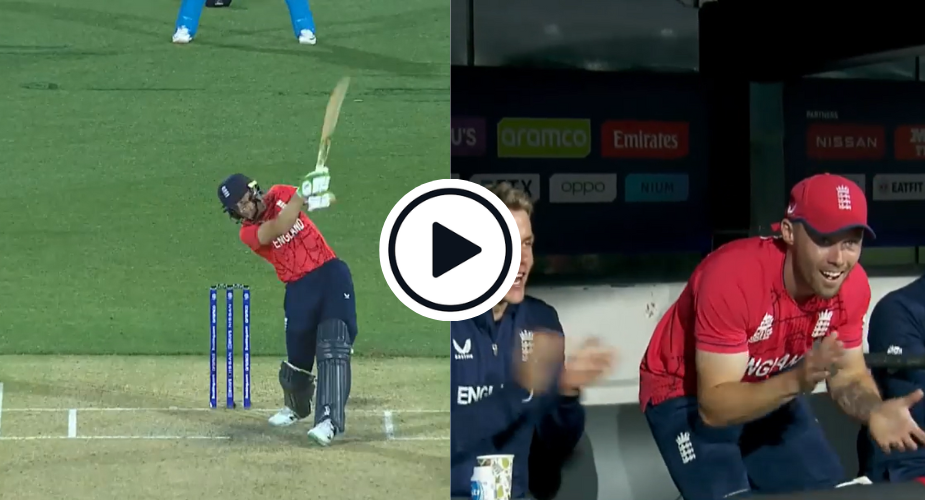 Watch: Jos Buttler smashed a 100m six off Mohammed Shami during England’s record-breaking run-chase against India at the Adelaide Oval.

Chasing 169, England had got themselves to a strong start, scoring 63 runs in the powerplay. Buttler and Alex Hales continued stepping on the accelerator in the middle overs. With 25 runs required off 38 balls, Buttler produced a stupendous shot that left everyone stunned.

Shami bowled a full delivery at the stumps. Buttler was ready for it and gave himself ample room to swing his arms. He then clattered the ball over the bowler’s head and the sightscreen. What made Buttler’s shot even more special that he was hitting to possibly the longest boundary in Australia, and cleared it comfortably.

England took just 16 overs to hunt down India’s total and set up a title showdown with Pakistan. There were several moments that captured their dominance throughout the contest. None, however, was as emphatic as this six, especially against one of India’s premier fast bowlers.