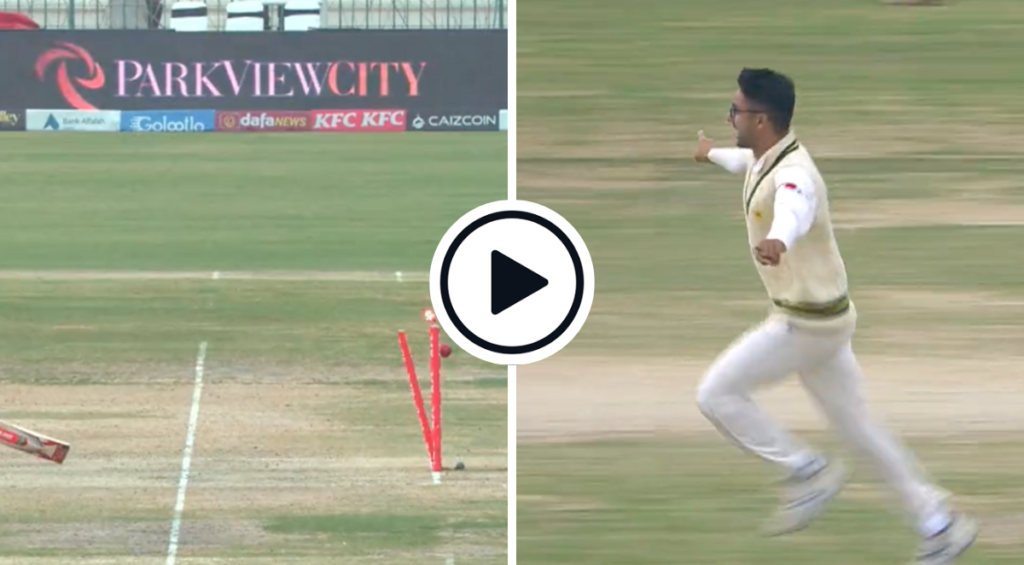 After Pakistan collapsed to 202 all out in the morning session – having been 142-2 earlier in the day – Pakistan picked up an early breakthrough courtesy of a sharp piece of fielding from Ahmed.

Ahmed, who took a seven-for on day one, nailed an underarm direct hit running in from mid on after Zak Crawley attempted to steal a single.

Crawley was well out of his ground and departed for three. Ahmed continued where he left off with the ball to claim the wickets of Will Jacks and Joe Root soon after.

You can watch Ahmed’s run out of Crawley below:

A direct hit from Abrar Ahmed!

He's having a remarkable debut Test.#PAKvENGpic.twitter.com/r61eWsKRud