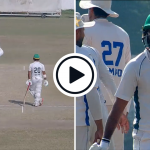 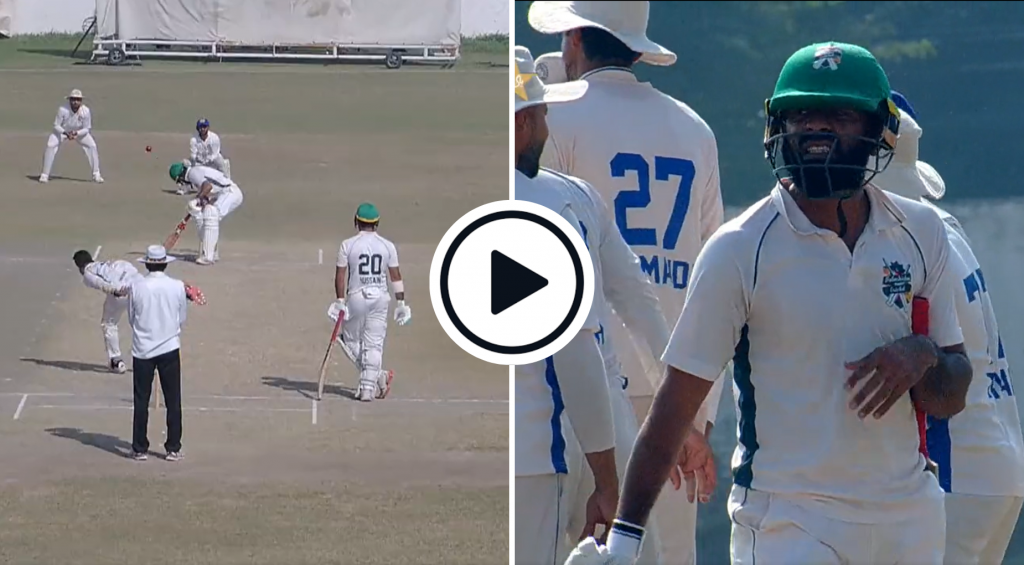 Watch: Hunain Shah, younger brother of Pakistan quick Naseem Shah, claimed his maiden first-class wicket with a wicked delivery that smashed into the batter’s glove, deflecting onto the helmet on its way to the fielder.

The 18-year-old Husnain was born just under a year after Naseem. Naseem is rated as one of the most promising quicks in the international game, lighting up the Asia Cup and the T20 World Cup in recent months.

Husnain, playing his second first-class game for Central Punjab, demonstrated that there is more than just one electrifying quick in the Shah household. In a drawn game in Pakistan’s Quaid-e-Azam Trophy, he claimed his maiden scalp in memorable circumstances, bowling a short, sharp delivery which rapped Balochistan’s Bilawal Iqbal on the glove. The ball then flew up onto his helmet before glancing to Tayyab Tahir at gully. Iqbal walked off wringing his hand in pain.

Hunain finished with figures of 1-76 in his side’s only bowling innings.