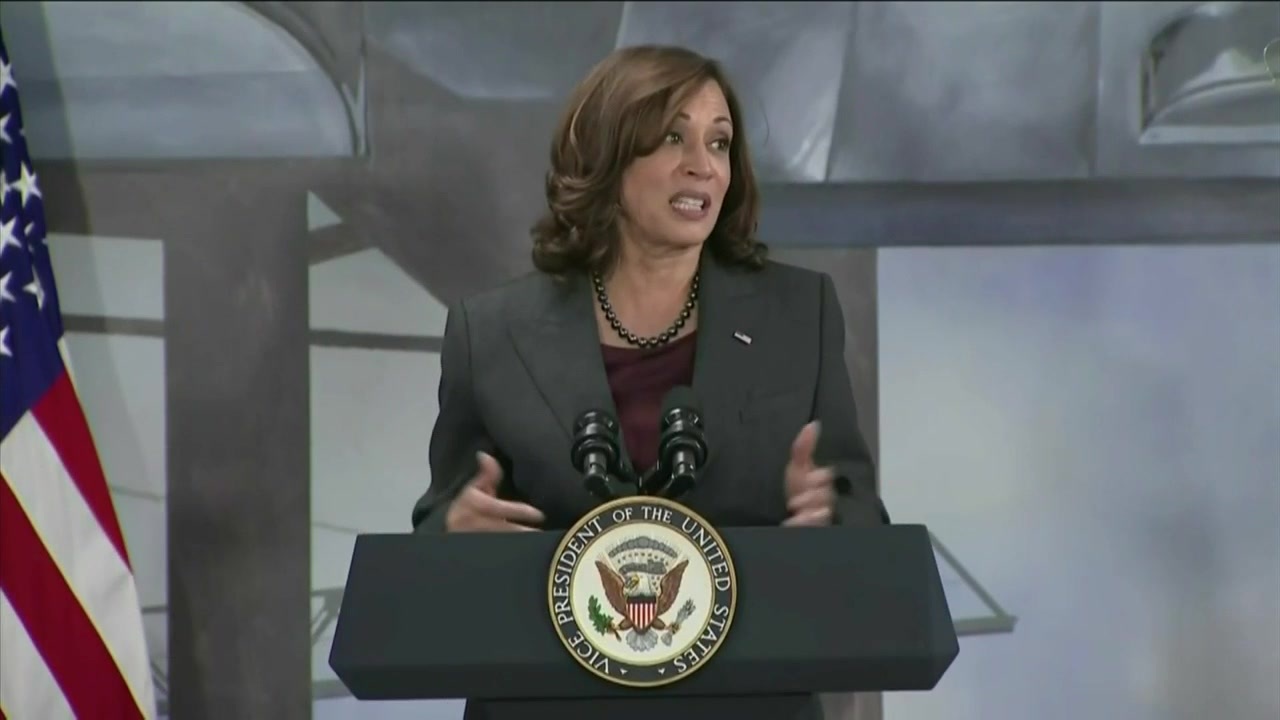 Vice President Kamala Harris flew into Boston Wednesday to support candidates ahead of the midterms, and to speak on the administrations multibillion dollar assistance plan to help lower heating costs for some families.

Massachusetts is allotted about $160 million, and one former congressman has already said it may not be enough.

After meeting with Mayor Michelle Wu, Harris arrived at a union hall in Dorchester where she spoke on new federal funding to help Americans stay warm this winter despite skyrocketing costs of home heating oil and natural gas.

“We are investing $300 million right here in Massachusetts and $13 billion nationwide to help families pay to upgrade their homes, and to lower their monthly energy bills.” Harris said.

The programs announced today include:

Kathleen Donovan, a Woburn resident still supporting two of her kids, said she has oil heat and a wood burning stove to help keep bills as low as possible. She said she has been watching her energy consumption lately, and her friends are in the same boat.

“For many, it’s a choice between feeding their kids, or turning on the heat,” Donocan said. “And a lot of them just can’t do it.”

Former congressman Joseph Kennedy III, Managing Director of citizens energy corporation, is skeptical of the large numbers promised by the Biden administration, and said what has been offered just isn’t enough.

“We still need an awful lot more funding to ensure that people are going to have access to the resources they need.”

Kennedy hosted a roundtable discussion on alternative energy sources, and sent a letter to Biden over the summer, urging him to increase federal fuel assistance to ten billion dollars. Last year, Kennedy said, the government spent $8 billion, and less than $5 billion has been freed up as of now.

But some resources are available, and residents are urged to apply now. Those who did not qualify or receive money last year should apply again, officials said, since the income limits have changed.