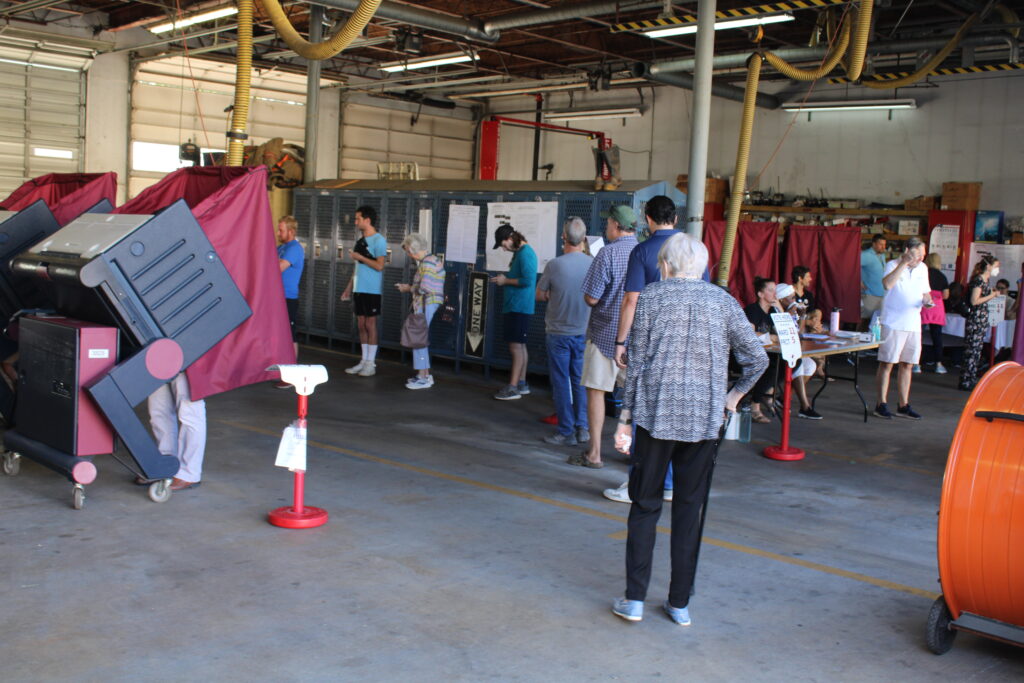 Voters line up at voting machines at a precinct in New Orleans’ Garden District on Nov. 8, 2022. (Greg LaRose/Louisiana Illuminator)

Louisiana voters gave their nod of approval to three amendments to the state constitution Saturday, including two that call for legislative scrutiny of the governor’s appointees to a pair of important review panels.

The governor picks six of the seven members on both the State Civil Service Commission and the State Police Commission. Each handle administrative reviews for employees – the former for classified state employees and the latter for state troopers – including when someone challenges disciplinary measures or their termination.

The approval of Amendments 2 and 3 now require Senate approval for the governor’s nominees to both commissions.

The change for the State Police Commission comes after recent incidents in which troopers have seen few to no repercussions. They include the in-custody death of Black motorist Ronald Greene in May 2019 after being pulled over by white members of State Police.

Amendment 1 adds language to the Louisiana Constitution to prohibit anyone not a citizen of the United States from voting. The legislature creates state voting laws, and local governments cannot approve rules that would go against those statutes.

The amendment, while seemingly unnecessary, places the specific ban on non-residents voting. While some cities in other states have allowed non-citizens to vote, there have been no such attempts do so in Louisiana.