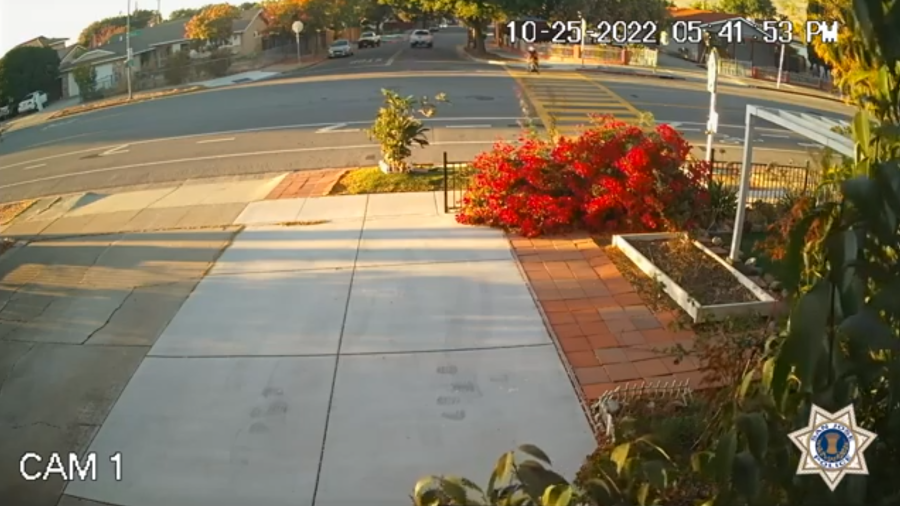 Warning: This video may be hard or disturbing for viewers to watch.

The suspect driver hit an elderly woman and a 3-year-old toddler in a stroller while they were walking in a marked crosswalk near Sierra Road and Mauna Kea Lane around 5:40 p.m., KTLA sister station KRON reports.

Surveillance video released by SJPD Thursday shows a dark gray four-door hatchback hit the two victims, resulting in the two having non-life-threatening injuries. Police said the car was traveling westbound on Sierra Road at a “high rate of speed.”

Neither the suspect vehicle nor the driver has been located or identified. Police say the front of the driver’s side of the car is possibly damaged, and the car looks like a 2012 Mazda 3.

SJPD says anyone with information is asked to contact Detective Aldinger via email at 4183@sanjoseca.gov or call 408-277-4654.