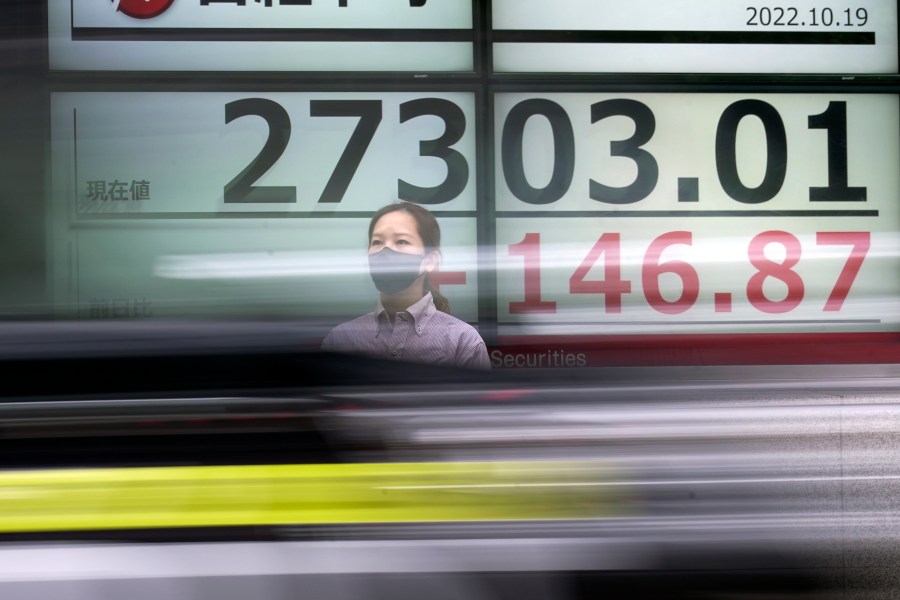 Wall Street stumbled before the opening bell Wednesday following two days of big gains as impressive quarterly performances from major U.S. companies infused the markets with a dose of optimism.

Despite the strong headline numbers from big companies, the underlying details were rather mixed, said Tan Boon Heng of Mizuho Bank, and the quarterly performance from banks revealed “the impact of economic activity slowdown.”

On Wednesday, Procter & Gamble posted a strong first fiscal quarter, but the world’s biggest consumer products maker lowered its expectations for 2023, saying it expects to register its first annual sales decline since 2017. It cited the soaring U.S. dollar.

The profit reports this week have offset anxiety that repeated interest rate hikes by U.S., European and Asian central banks to control inflation that is at multi-decade highs might tip the global economy into recession.

That has dragged U.S. stocks into a bear market, or a decline of more than 20% by the S&P 500 from its January high.

Electric car maker Tesla reports results after the bell Wednesday, along with IBM and Abbott Labs.

In midday trading, the FTSE in London edged 0.2% lower after a report showed that British inflation surged to a 40-year high of 10.1% in September. That increases the likelihood the Bank of England will raise interest rates further and faster.

In energy markets, benchmark U.S. crude gained $1.30 to $84.12 per barrel in electronic trading on the New York Mercantile Exchange. Brent crude, the price basis for international oil trading, picked up 92 cents to $90.95 per barrel in London.