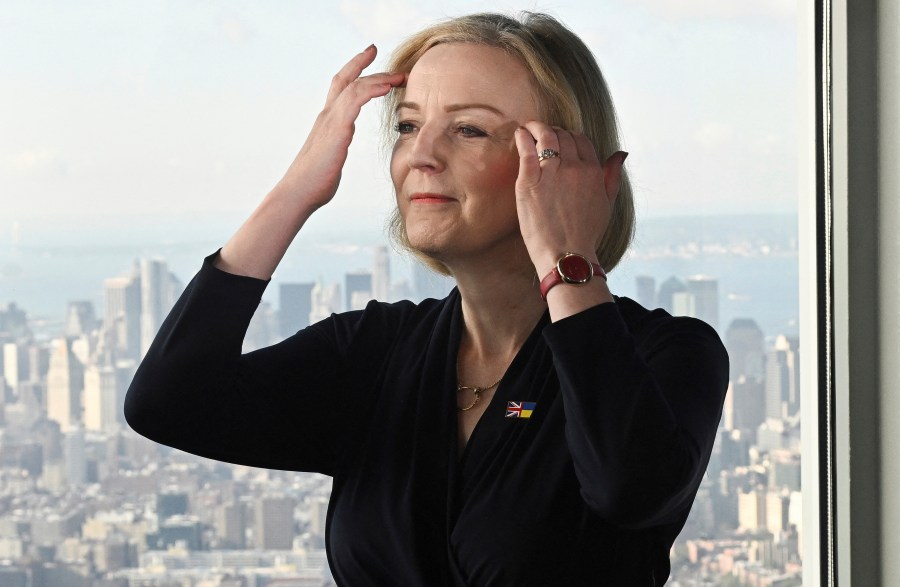 LONDON (AP) — British Prime Minister Liz Truss and her Treasury chief met with the independent Office of Budget Responsibility on Friday amid efforts to ease concerns about unfunded government tax cuts that have unleashed turmoil on financial markets.

The meeting was significant because it was the government’s failure to publish the OBR’s analysis of its tax-cutting plans that spooked investors, sending the pound to a record low against the dollar earlier this week and forcing the Bank of England to intervene in the bond market to protect pension funds.

The OBR promised an analysis by Oct. 7, far sooner than the date previously suggested — Nov. 23 — when the government releases more details on its economic plans. The oversight body promised that its forecast “will, as always, be based on our independent judgment about economic and fiscal prospects, and the impact of the government’s policies.”

The chairman of the House of Commons’ Treasury committee said the meeting was an opportunity for the government to change course. Truss and Treasury chief Kwasi Kwarteng were likely to have “difficult” conversations with the OBR because investors want to see independent analysis showing that their plans won’t push government borrowing to unsustainable levels, said Mel Stride, a member of Truss’ Conservative Party.

“The judgment so far of the markets, and indeed myself and many others, is that what was announced last Friday, unfortunately, doesn’t stack up fiscally and some changes are almost certainly going to need to be made,” Stride told the BBC.

Truss defended her plan Thursday and shrugged off the market chaos, saying she was willing to make “controversial and difficult decisions” to get the U.K. economy growing. She said the problems facing the economy — namely high inflation driven by soaring energy prices — were global and spurred by Russia’s invasion of Ukraine.

She got a piece of good news Friday, with revised figures showing the U.K. economy grew slightly in the three months through June, indicating the country isn’t technically in a recession, with two consecutive quarters of shrinking GDP being one definition.

Her government’s economic stimulus program calls for 45 billion pounds ($48 billion) of tax cuts and no spending reductions, meaning a surge of borrowing would be used to pay for the cuts that many see as benefiting the wealthy. She also has capped energy bills for households and businesses that are driving a cost-of-living crisis, though prices are still going up Saturday as natural gas prices soar.

Treasury minister Andrew Griffith had played down the significance of the meeting between the government and OBR, but nonetheless described it as a “very good idea.”

“Just like the independent Bank of England, they have got a really important role to play,’’ Griffith said of the OBR during an interview with Sky News. “We all want the forecasts to be as quick as they can, but also as a former finance director, I also know you want them to have the right level of detail.”

The decision to meet with the OBR also was welcomed by Conservative lawmakers and senior party figures, including former Chancellor George Osborne, who oversaw the creation of the independent spending watchdog in 2010.

“Turns out the credibility of the institution we created 12 years ago to bring honesty to the public finances is more enduring than that of its critics,” Osborne said on Twitter.