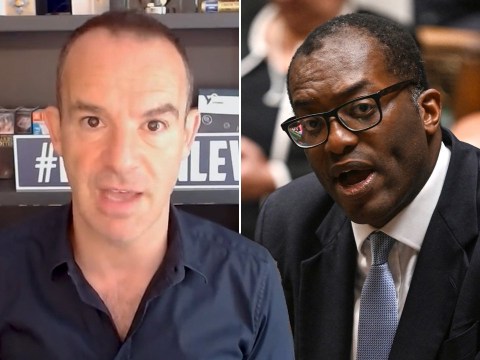 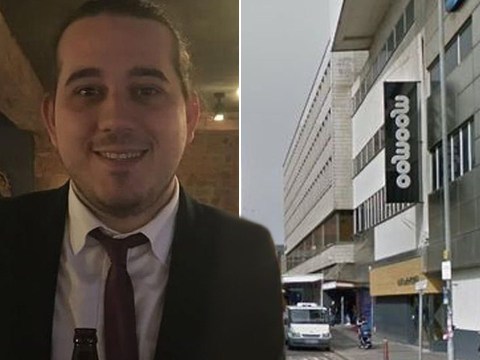 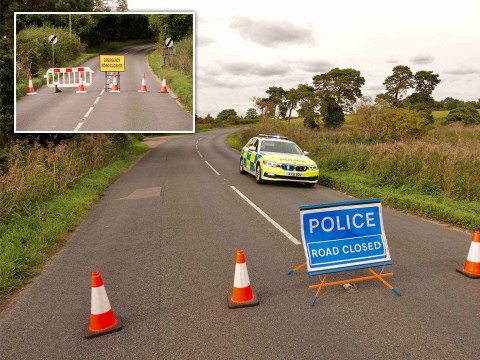 Ukrainians have been forced to vote at gunpoint in referendums staged by Russia that are seen as a way for Russia to annex four occupied regions.

Journalist Maxim Eristavi, co-founder of independent news outlet Hromadske International, posted a video of soldiers in the hallways of a block of flats after voting began on Friday.

Amid international outrage at the ongoing votes, he tweeted: ‘My family was just forced to vote at gunpoint in Russian cosplay of a “referendum” in southern Ukraine.

‘They come to your house – you have to openly tick the box for being annexed by Russia (or for staying with Ukraine if you feel suicidal) – all while armed gunmen watch you.’

One woman in Melitopol told the BBC two local collaborators turned up at her parents’ door with soldiers to give them ballot papers to vote ‘yes’ or ‘no’ to joining Russia.

She said: ‘My dad put “no”. My mum stood nearby, and asked what would happen for putting “no”. They said, “Nothing”.

‘Mum is now worried that the Russians will persecute them.’

There was one ballot per household rather than per person, the woman added.

Referendums are being held in Donetsk, Luhansk, Zaporizhzhia and Kherson – regions that are partly under Russian control, with voting finishing tomorrow.

Kyiv has called the exercise an attempt to cling on to occupied territory under threat from Ukraine’s counter-offensive.

He branded them ‘crimes against international law and the law of Ukraine’.

Earlier Friday, G7 nations said the polls will ‘never’ be recognised and have ‘no legal effect or legitimacy’.

Luhansk governor Serhiy Haidai said some occupied towns have been entirely sealed off to ensure people vote – with any crosses in the ‘no’ column being recorded in a notebook.

Russian state media claimed 97% of people in Donetsk and Luhansk were in favour of changing nationality.

It added that the armed guards enforcing the door-to-door voting were there for ‘security’.

Foreign minister Sergei Lavrov said the regions where votes are underway would be under Moscow’s ‘full protection’ if annexed.

Announcing that those regions are now part of Russia could allow President Vladimir Putin to claim his country is under attack if Ukraine tries to take them back.


Analysts fear that could help him to justify an escalation of the war or even the use of ‘tactical’ nuclear weapons – as well as his mobilisation of 300,000 reservists.

The US has warned Russia of ‘catastrophic’ consequences if Putin does go nuclear.

More than 2,000 Russians have been arrested in protests against the mass call-up, which sparked a rush to flee abroad and this morning, a gunman opened fire at a conscription facility in Siberia.

US president Joe Biden said his country would not recognise the ‘sham’ vote.

Along with European Union officials, the US suggested new sanctions are in the works in response to Putin’s latest moves.

‘Russia, its political leadership, and all those involved in organizing these “referenda” as well as in other violations of international law and international humanitarian law in Ukraine will be held accountable,’ EU foreign policy chief Josep Borrell recently pledged.

Its Foreign Minister Wang Yi told his Ukrainian counterpart Dmytro Kuleba at the UN General Assembly on Friday that the ‘sovereignty and territorial integrity of all countries must be respected’.

Ukrainian forces say they are clawing back territory from Moscow-backed separatists in the areas Russia wants to assimilate.

Men claim they were refused entry to nightclub ‘because they're Welsh’

Authorities are going door-to-door to collect votes before polling stations open tomorrow for residents to cast ballots on the final day.

In Donetsk, Leonid, a 59-year-old military official, said he was ‘feeling happy’.

‘Ultimately, things are moving towards the restoration of the Soviet Union’, he said.

‘The referendum is one step towards this.’

The vote are reminiscent of the referendum held after Russia annexed Ukraine’s Crimea in 2014.