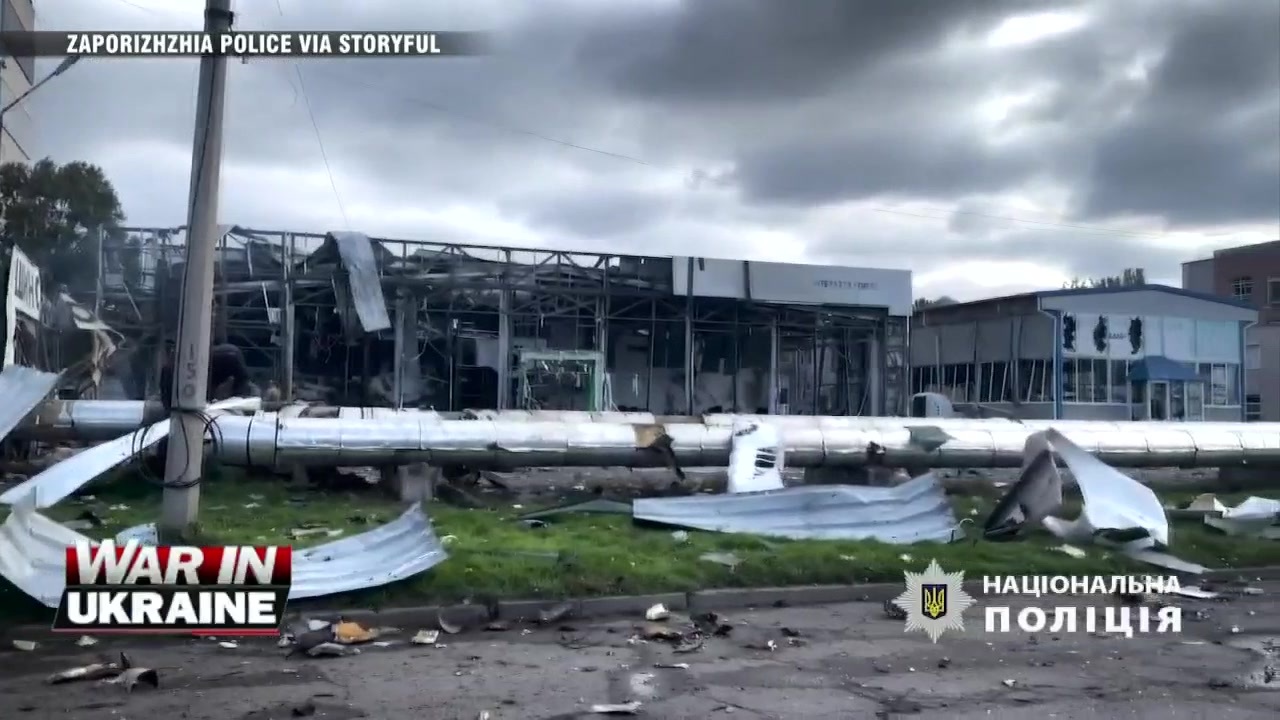 KYIV, Ukraine (AP) — Ukraine’s biggest nuclear plant, which is surrounded by Russian troops, has lost all external power needed for vital safety systems for the second time in five days, the head of the U.N.’s nuclear watchdog said Wednesday, calling it a “deeply worrying development.”

“This repeated loss of #ZNPP’s off-site power is a deeply worrying development and it underlines the urgent need for a nuclear safety & security protection zone around the site,” Grossi tweeted.

Ukraine’s state nuclear operator Energoatom said on the Telegram social media platform that a Russian missile attack on the substation “Dniprovska” in the neighboring Dnipropetrovsk region to the north was damaged, leading to the shutdown of a key communication line to the plant — prompting the diesel generators to turn on automatically.

Last month, Energoatom chief Petro Kotin told The Associated Press in an interview that in general, the Zaporizhzhia plant had enough fuel to run the diesel generators for just 10 days. He said those generators were “the station’s last defense before a radiation accident.”

The growing concerns about the nuclear plant come amid an upsurge in fighting in southern Ukraine and a barrage of Russian strikes across the country in recent days.

Kyrylo Tymoshenko, deputy head of President Volodymyr Zelenskyy’s office, said Russian shelling had left at least 14 people dead in the Zaporizhzhia region and the Donetsk region to the east over the last day. At least 34 people were injured in five regions, he wrote on Telegram.

Earlier Wednesday, Ukraine’s southern command said its forces recaptured five settlements in the southern Kherson region, on the western fringe of an arc of Russian control of territory in eastern and southern Ukraine.

The villages of Novovasylivka, Novohryhorivka, Nova Kamianka, Tryfonivka and Chervone in the Beryslav district were retaken as of Oct. 11, according to the speaker of the southern command Vladislav Nazarov.

The settlements are in one of the four regions recently annexed by Russia, a move condemned as illegal under international law by many countries and the U.N. secretary-general.

Also Wednesday, Russia’s top domestic security agency — the main successor to the KGB — said it arrested eight people on charges of involvement in the bombing of the main bridge linking Russia to Crimea, while an official in the southern Ukrainian city of Zaporizhzhia said Russian forces carried out more strikes there.

The Federal Security Service, known by the Russian acronym FSB, said it arrested five Russians and three citizens of Ukraine and Armenia over Saturday’s attack that damaged the Kerch Bridge between Russia and the Crimean Peninsula — a crucial thoroughfare for supplies and travel whose much-ballyhooed construction after Russia’s annexation of Crimea under Putin in 2014 cost billions.

A truck loaded with explosives blew up while driving across the bridge, killing four people and causing two sections of one of the two automobile links to collapse.

Ukrainian officials have lauded the explosion on the bridge, but stopped short of directly claiming responsibility for it.

The FSB alleged that the suspects were working on orders of Ukraine’s military intelligence to secretly move the explosives into Russia and forge the accompanying documents.

It said the explosives were moved by sea from the Ukrainian port of Odesa to Bulgaria before being shipped to Georgia, driven to Armenia and then back to Georgia before being transported to Russia in a complex scheme to secretly deliver them to the target.

Putin alleged that Ukrainian special services masterminded the blast, calling it “an act of terrorism,” and responded by ordering missile strikes across Ukraine.

Russia’s onslaught continued in the Zaporizhzhia region and eponymous city on Wednesday, shattering windows and blowing out doors in residential buildings, municipal council secretary Anatoliy Kurtev said. There were no immediate reports of casualties, though Kurtev warned locals of the possibility of a follow-up attack.

Zaporizhzhia, which sits fairly near the front line between Russian and Ukrainian forces, has been repeatedly struck with often deadly attacks in recent weeks. It is part of a larger region, including Europe’s largest nuclear power plant now in Russian control, that Moscow has said it has annexed in violation of international law. The city itself remains in Ukrainian hands.

To the south, in a Russian-controlled area of the region, a powerful blast struck the city of Melitopol — sending a car flying into the air, mayor Ivan Fedorov said. There was no word on casualties.

The new clashes came two days after Russian forces began pummeling many parts of Ukraine with more missiles and munition-carrying drones, killing at least 19 people on Monday alone in an attack that the U.N. human rights office described as “particularly shocking” and amounting to potential war crimes.

Tuesday marked the second straight day when air raid sirens echoed throughout Ukraine, and officials advised residents to conserve energy and stock up on water. The strikes knocked out power across the country and pierced the relative calm that had returned to the capital, Kyiv, and many other cities far from the war’s front lines.

“It brings anger, not fear,” Kyiv resident Volodymyr Vasylenko, 67, said as crews worked to restore traffic lights and clear debris from the capital’s streets. “We already got used to this. And we will keep fighting.”

The leaders of the Group of Seven industrial powers condemned the bombardment and said they would “stand firmly with Ukraine for as long as it takes.” Their pledge defied Russian warnings that Western assistance would prolong the war and the pain of Ukraine’s people.

Zelenskyy told the G-7 leaders during a virtual meeting Russia fired more than 100 missiles and dozens of drones at Ukraine over two days. He appealed for “more modern and effective” air defense systems — even though he said Ukraine shot down many of the Russian projectiles.

The Pentagon on Tuesday announced plans to deliver the first two advanced NASAMs anti-aircraft systems to Ukraine in the coming weeks. The systems, which Kyiv has long wanted, will provide medium- to long-range defense against missile attacks.

In a phone call with Zelenskyy on Tuesday, President Joe Biden “pledged to continue providing Ukraine with the support needed to defend itself, including advanced air defense systems,” the White House said.