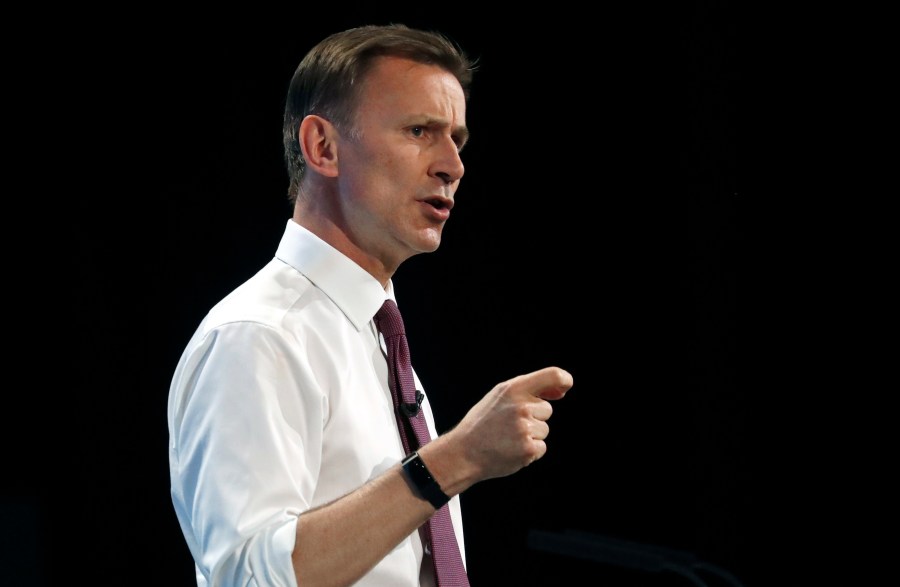 LONDON (AP) — As British Prime Minister Liz Truss struggles to retain her authority, one man is seen to be in the real position of power to restore order and credibility to the Conservative government and limit the damage caused by Truss’ economic plans.

Jeremy Hunt, named Britain’s new Treasury chief three days ago, on Monday sought to calm jittery markets and angry Conservative lawmakers as he announced he was reversing the bulk of Truss’ tax-cutting economic stimulus package, which has left the U.K. in political and financial chaos since it was unveiled three weeks ago.

Hunt, 55, on Friday became the U.K.’s fourth Treasury chief this year after Truss fired his predecessor, Kwasi Kwarteng, and ditched her pledge to scrap a planned increase in the corporation tax, a key plank of her tax-slashing plans.

A veteran Cabinet minister, Hunt has served in top government posts including foreign secretary and health secretary. He is seen as a centrist among Tories and considered an experienced “safe pair of hands” to steer the government through its current self-inflicted crisis.

It’s a return to power for a man who twice ran unsuccessfully in Conservative Party leadership contests. Earlier this year, Hunt failed to get enough votes from party members and was knocked out in the first round of the race to replace Boris Johnson as party leader and U.K. prime minister.

Hunt only secured 18 votes, far short of the 30 required to progress in the contest. He later gave his backing to Truss’ rival, Rishi Sunak, who came second in the race.

He also ran against Johnson in the Conservatives’ 2019 leadership contest. In that race, Hunt sought to bill himself as the “serious” candidate in contrast to Johnson, but he lost heavily and was dumped from the Cabinet. One decisive factor in his defeat was that Hunt had backed the losing “remain” side in the 2016 Brexit referendum on leaving the European Union — a position that became politically untenable in the right-leaning, Eurosceptic party.

Hunt remained a member of Parliament and kept himself in the public eye by grilling the government’s COVID-19 policies as head of Parliament’s health and social care select committee.

A graduate of Oxford University, Hunt was co-founder of a successful business, an education publisher, before he entered politics in 2005 as Conservative lawmaker.

Hunt was Britain’s longest-serving health secretary, holding the post from 2012 to 2018 under former Conservative prime ministers David Cameron and Theresa May.

He is remembered unfavorably for a bitter face-off with junior doctors when he oversaw unpopular plans to roll out new contracts for junior doctors. The dispute sparked large protests and a series of unprecedented doctors’ strikes in 2016 that left hospital emergency services uncovered.