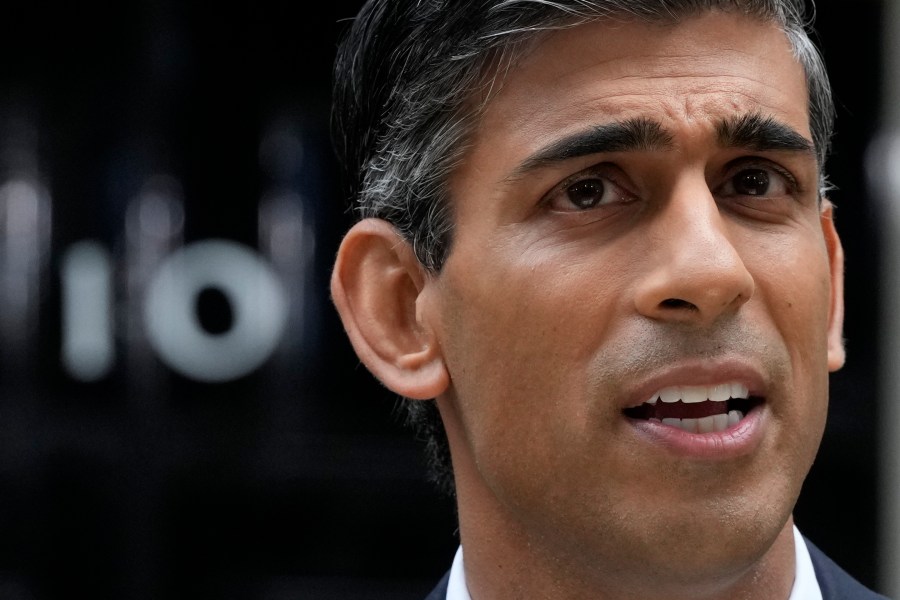 Sunak’s office previously said he had to skip the talks, which start on Sunday, because of “pressing domestic commitments,” including the closely-watched government budget statement, expected to be announced on Nov. 17.

But Sunak tweeted Wednesday that he would attend the two-week gathering because “there is no long-term prosperity without action on climate change.”

“There is no energy security without investing in renewables,” he wrote.

Sunak’s earlier decision to skip the talks were criticized by many, including climate adviser Alok Sharma.

The U.K. currently holds the presidency of the Conference of the Parties (COP) and hosted the climate summit last year in Glasgow, Scotland.

“Let this be a lesson to him — climate leadership matters,” she tweeted.