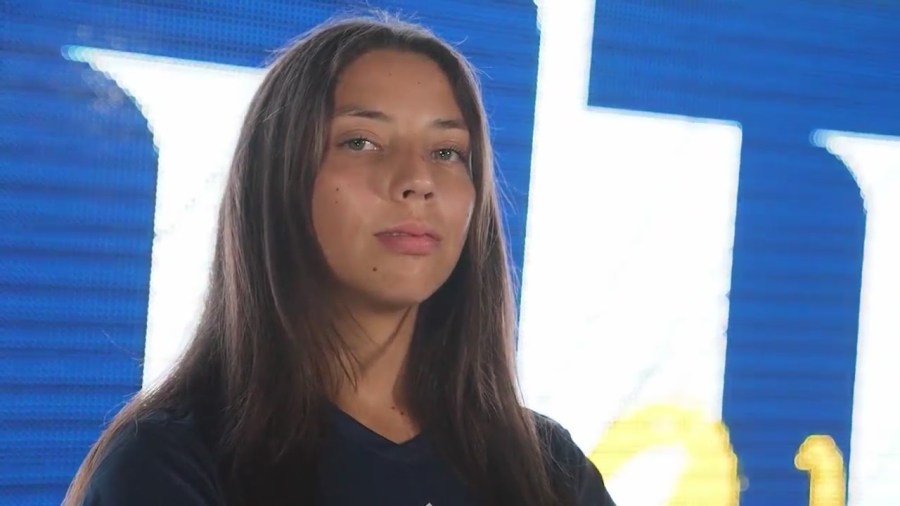 SAN DIEGO — A college soccer player with San Diego ties is battling a rare form of Leukemia. Now, people in the community are trying to find her a bone marrow transplant.

Jenika Davis is a freshman who plays for the UC Irvine Varsity Soccer Team. Her family needs help finding someone who can be a donor. Family, teammates, and coaches are desperate for a miracle with Christmas just around the corner.

“I was so devastated. It was heartbreaking. Nobody deserves to go through this, especially Jenika,” said Emily Colton who is a former teammate that played soccer with Jenika at City SC Carlsbad.

Jenika was diagnosed with a rare blood cancer, known as acute myeloid leukemia, this past October. This was discovered after a series of symptoms shown both on and off the field.

“In this case, bruising is one of the things that happens and in a soccer player that would usually explain some of that. However, we became increasingly aware this was not related directly to soccer and our sports medicine team was able to connect it to the doctor who then ran tests. That’s when we learned what we’re going to be dealing with,” UCI Women’s Head Soccer Coach, Scott Juniper explained to FOX 5.

The only hope for a cure is through a blood stem cell transplant from a genetically linked donor with similar ethnicity. She is of both Filipino and Native American descent. Jenika’s loved ones are now on the hunt for a match and while help already overflows, the search for more donors is a must.

“When Jenika’s parents called to tell me about it, it was devastating. The soccer community here in San Diego is incredible…Here we are again trying to rally around and be there for somebody that is family,” said Courtney Drummond, Jenika’s former head coach at City SC Carlsbad.

A national marrow donor program called Be the Match is working to find her donor. So far, with nearly 9 million people in their database, there is still no match for Jenika. However, hope for a donor is still on the horizon.

If you’d like to see if you match, text “Team Jenika” to 61474. You will then receive a link asking you to register. After answering questions about your medical history, Be the Match will then determine if you’re fit for the registry. They will send you a swab test kit where you can easily return after taking the oral test. If you’re identified as potential match, the process will move forward quickly. Matches will then be asked to provide blood stems cells through circulating blood or marrow.

You can only join the registry if you are between 18 and 40-years-old, in good health and willing to donate Peripheral blood stem cell or marrow if you are match.