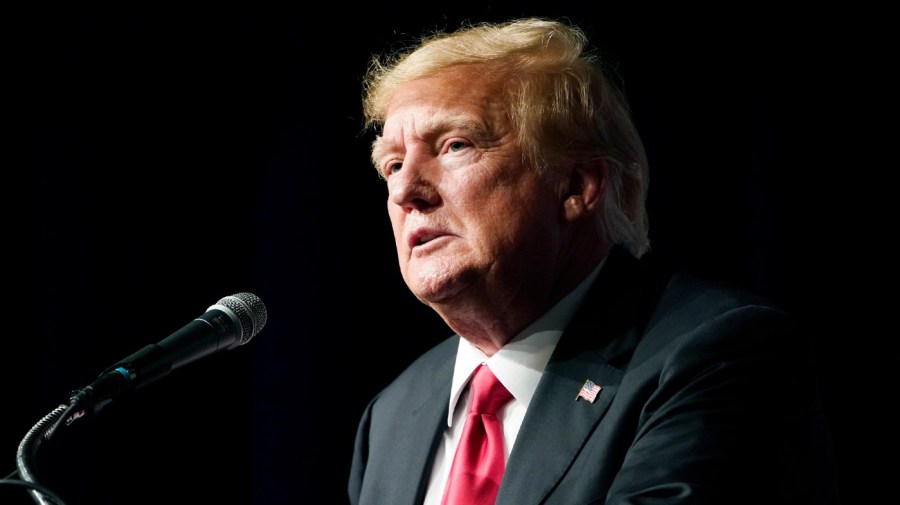 (NewsNation) — Former President Donald Trump on Thursday declared the COVID-19 pandemic isn’t over, a direct rebuttal to statements made by his successor earlier this week.

Speaking on Fox News’ “Hannity,” Trump pointed to the several hundred deaths that are still occurring every day as evidence the pandemic is still ongoing.

“His statement the other day was terrible,” Trump said of President Joe Biden’s declaration that the pandemic was over during a “60 Minutes” interview that aired Sunday. “You have 300 to 500 people a day dying, so I would say it’s not over.”

Biden, in his interview with Scott Pelley at the Detroit Auto Show, acknowledged that there are still “problems” with COVID-19 but pointed to the observation that nobody is wearing masks as evidence the pandemic is over.

“Everybody seems to be in pretty good shape. And so I think it’s changing. And I think this is a perfect example of it,” Biden said.


Biden said pandemic is over. What relief is still available?

The president’s own White House staff was quick to disagree, including Anthony Fauci, the nation’s top infectious disease expert. He said much depends on how the country handles future virus variants.

“But we are not where we need to be if we’re going to be able to, quote, ‘live with the virus,’ because we know we’re not going to eradicate it. We only did that with one virus, which is smallpox, and that was very different because smallpox doesn’t change from year to year, or decade to decade, or even from century to century,” Fauci said.

Biden’s declaration is in contrast to statements from the Centers for Disease Control and Prevention and the World Health Organization.

On its website, the CDC still refers to the COVID-19 outbreak as a pandemic, and although the WHO’s director-general, Tedros Adhanom Ghebreyesus, revealed global COVID deaths are the lowest they’ve been since March 2020, he said the end of COVID’s pandemic phase is only “in sight,” not something that’s already been achieved.

According to recent CDC data, COVID deaths in the U.S. are down 75% and cases are down 90% since the record-high omicron wave in January.