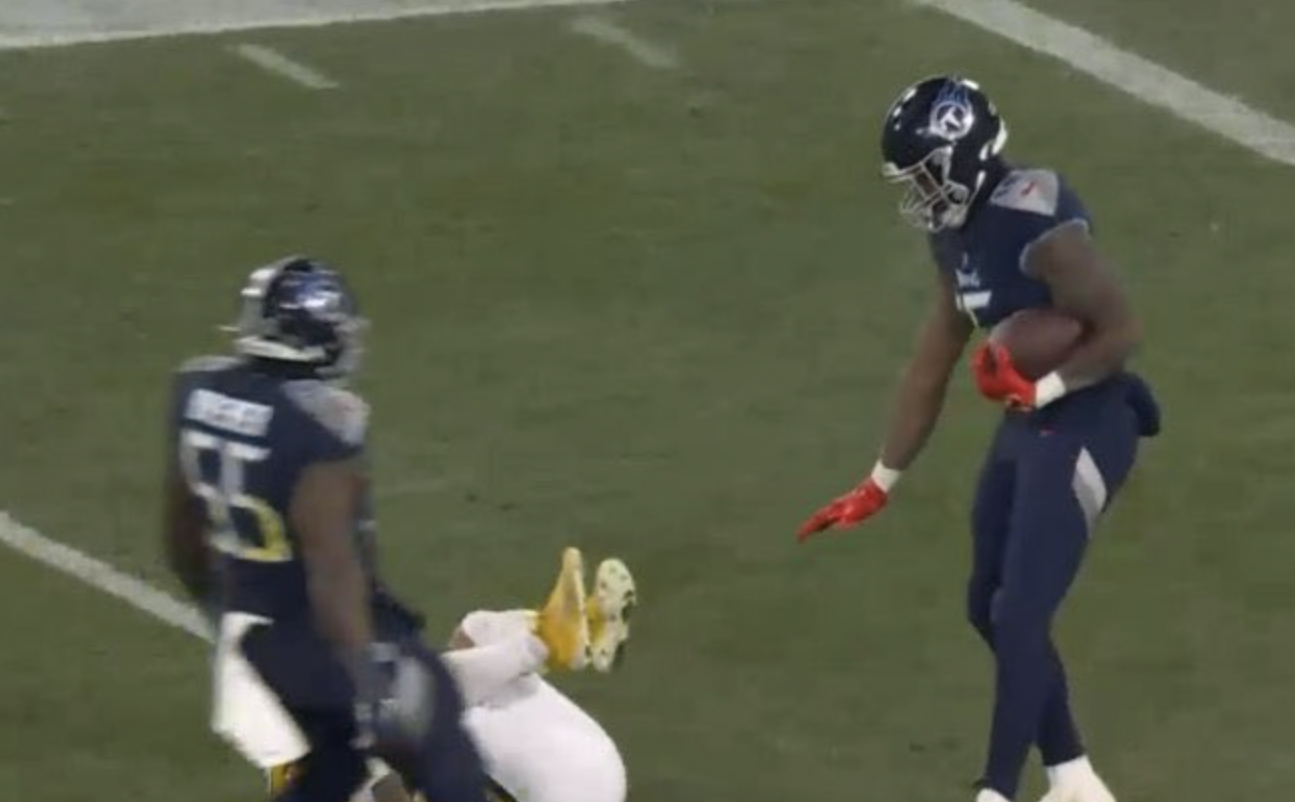 It was not the Green Bay Packers and Aaron Rodgers’ night against the Tennessee Titans on Thursday. While there were flashes of brilliance — mainly between Rodgers and rookie receiver Christian Watson (two touchdowns — the Titans and Derrick Henry mostly handled the Packers on the road as they pleased. And fans at Lambeau Field weren’t happy.

But even while they were down 10 points in the final few minutes, the Packers still, theoretically, had a chance to come back and make a game of it. It’s the NFL. Anything can happen, right?

Correct. Anything can happen, but it doesn’t mean it’s always a good outcome for your team. In this instance, it was the Titans and Ryan Tannehill putting the perfect exclamation point on a win with a 51-yard deep bomb to Treylon Burks with Packers’ star CB Jaire Alexander in coverage.

And once Burks stood up — to stand at his listed 6-foot-2 height — to celebrate his big catch, he let Alexander (listed at 5-foot-10) know he was “too small” to stop him:

Treylon Burks with his first 100-yard game in the NFL

The catch and the taunting of Alexander punctuated the inarguable best performance of Burks’ young career to this point (seven catches, 111 yards). It was also the best way to summarize the Titans’ complete 27-17 beatdown of the Packers in primetime.