Yesterday was the hottest day on record and yes, you sure could feel it. Actually, the country reaching 40.3°C is pretty terrifying, but it was hard to compartmentalise while exhausting every bit of energy on keeping cool.

To facilitate this, drinks brand White Claw Hard Seltzer have built a six-metre frost wall mural, offering hot and bothered Londoners some much-needed cooling down. And cool down they have, as you can see by the pictures of warming embraces to the chilly wall. 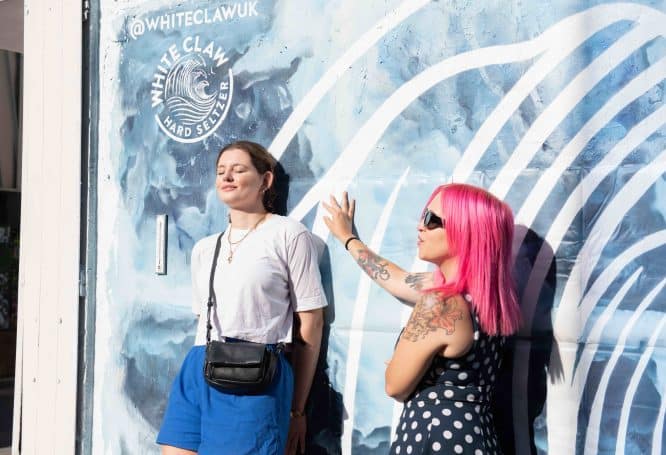 But the real question is… how doth a cold wall in the blazing sun stay cold ? Well, it’s created with specially designed cooling strips, heat-proof paint, touch-activated gel-centred cooling pads and a thermometer; all of which will keep Redchurch Street in Shoreditch cold for two whole weeks.

Whether it’s 40°C or a more pleasant 24°C, a day spent wandering around London tends to make anyone work up a sweat, so this is certain to be just the tonic while the sunny weather continues. 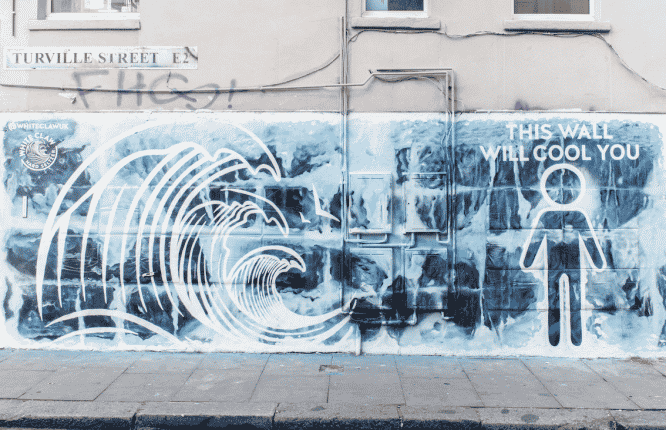 Londoners are invited to greet themselves to the chill, either by placing their palms across it or even giving it a hug. Bow down to the wall, people. It’s one of your only sure-fire ways to tackle the heat.

Michael Dean, (Refreshment Chief) and Head of Marketing at White Claw UK said: “With record breaking temperatures, we wanted to give Londoners a much-needed moment of light refreshment on this scorching day. What better way to cool them down than with a White Claw in hand and a billboard that will absorb all heat!”

Afterwards, you can crack open chilled White Claw to top off your cooling experience at the wall mural. Find it at 83 Redchurch Street in Shoreditch for the next two weeks.

Read more: Londoners Can Now Cool Down By Taking A Dip In The Docks At Canary Wharf.

The post The UK’s First Ever ‘Cooling Mural’ Wall Is Here To Help Londoners Tackle The Heatwave appeared first on Secret London.

A Voyage to Dreaming Mountain

All the M4 closures happening in Wales and England this week

Senior living: How to reduce the risks of falls in older...