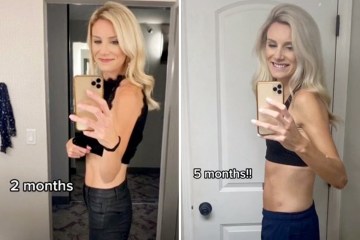 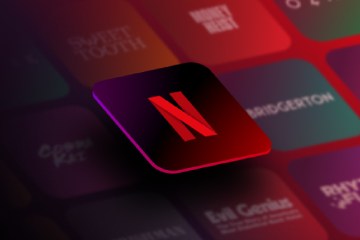 THIS year has been another exceptional year in video games, and with so many games being released there are a number of great games which have flown under the radar.

If your backlog is as big as ours, you probably don’t need more games added to the list, but these are recommendations we just couldn’t pass up on.

Monark is an underrated tactical RPG.[/caption]

Whether you’re looking for one of 2022’s hidden gems or simply wondering what’s next to play, these games are just for you.

Here are the best games you may have missed out on in 2022.

For those who like: Japanese RPGs, strategy games, story-based adventures.

If you’ve heard of Lost Dimension back in the PS3 era, then this is its spiritual successor. If you haven’t, go play it now. We’ll wait.

A Plague Tale: Requiem will teach you how others have come to terms with grief

This Xbox exclusive horror game is a playable nightmare

It’s a banger, isn’t it. Monark offers you more of the tactical, strategic gameplay while further fleshing out the characters and the story.

Gameplay is very different from most RPGs, and you’ll really need your strategic hat on to resonate with the gameplay. But once you do it’s so satisfying.

You play in a world where humans have made plans with the seven deadly sins, and you have to break down barriers in order to free everyone.

With multiple endings depending on how deep you go, this is one for those who like to bury themselves in a plot.


CoD: MW2 is holding a secret tournament and Jordan Pickford is taking part


All the biggest reveals from Resident Evil in the online showcase


Find out how much you have left in A Plague Tale: Requiem

For those who like: short narrative games, relaxing games, emotional games.

Hindsight tells the story of a woman who looks back over her relationship with her mother as she packs up her mum’s belongings following her passing.

Each object shows a snapshot of their lives together as you twist the camera to see it from a different point of view.

As the story unfolds, she learns to let go of resentments and see the world from her mother’s viewpoint.

A touching story. Just don’t forget to have a pack of tissues by your side.

For those who like: sci-fi adventure, murder mysteries, suspense dramas.

While the sequel Chaos; Child has been in the West for a few years, this is the first time that the original game, Chaos; Head Noah, has been released in English.

Fans may be more familiar with the Steins; Gate series from the same developer, and there are plenty of similarities here.

However, Chaos; Head Noah is definitely more quietly terrifying and gruesome than either of these games that made it to the West previously.

A touching story, if you have the strong stomach for gore required.

For those who like: puzzle games, shoot-em ups, mysteries.

Half shoot-em-up, half story-based puzzler, Yurukill takes place in an amusement park of horrors where prisoners team up with the victims of their crimes.

These two genres don’t sound like they mix, but they integrate surprisingly well in Yurukill.

The shoot-em-up half of the game is admittedly stronger than the story, with challenging yet fair bullet hell style gameplay.

There is a good range of difficulty with the puzzles, though none feel out of reach to those familiar with the genre.

For those who like: sci-fi stories, dungeon crawlers, tactical RPGs

A spin-off of the Shin Megami Tensei games, Soul Hackers 2 has all the elements people love from the Persona series.

Bond with your teammates, befriend and build ultimate demons, and take part in turn-based battles.

There’s been an update that vastly improves the pacing of the game, making it one to try.

With the game’s vast dungeons to explore, you could find yourself absorbed for hours.

Yomawari: Lost in the Dark

For those who like: horror but not gore, tense gameplay, environmental story-telling.

The third in the Yomawari series of games, you play as a young girl out alone late at night.

Ghosts and demons hide in the dark, and while they can be heard, they cannot be seen unless a flashlight is on them.

Despite the cute looks of this one, the tense atmosphere ends up scaring you more than any number of gruesome murders.

In terms of horror games that stay with you, Yomawari is one of the strongest.

For those who like: classic RPGs, turn-based battles, old-timey fantasy adventures.

Trails from Zero is one of the best JRPGs released this year and is certainly worthy of more attention.

You form a special branch of the police with the aim of helping improve the image of law enforcement within your country.

However, you soon realise that there are tensions going on behind the scenes with the government in the pockets of the local mafia.

You take matters into your own hands while uncovering that the secrets go deeper than even you could have imagined.

The fully-rounded characters in Trails of Zero, along with the interesting side-quests where you learn more about them, which make this game so charming.

For those who like: first-person shooters, rhythm games, heavy metal.

It’s not often you see a heavy metal rhythm game, but Metal: Hellsinger not only delivers this but much more.

This first-person shooter rewards you for executing demons to the beat, making everything easier with a good sense of timing.

Each run is short, but with a number of weapons to master, there’s always an excuse for another round.

Something a little different from the usual fair for those who like to give new things a try.

Cult of the Lamb

For those who like: roguelikes, quirky humour, difficult decision-making.

Cult of the Lamb is a mix of roguelike and dungeon crawler with deceivingly difficult tactical gameplay.

You are the leader of a cult, and the way you wish to run said cult decides on the upgrades you can build.

No two runs are the same with a surprisingly deep pool of options to choose from.

Bundle this together with its fun combat and bosses, and Cult of the Lamb is a real winner.

For those who like: historical stories, games for change, choices matter.

You play as a surveyor deciding whether or not buildings are given historical status for their preservation.

This is a short and sweet story about one town Svoboda and the tragedies that happened there following World War 2.

I was 5 months pregnant but I had no bump, trolls say it’s ‘frightening’

Aside from giving part of the town historical status, you are faced with a number of decisions which can shake the town and reunite loved ones.

Using full-motion video clips to tell its story, Svoboda 1945: Liberation takes you closer to history than ever before.

Written by Georgina Young on behalf of GLHF.