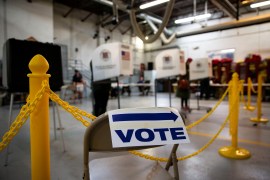 Against this troubling backdrop, on January 18, Governance Studies at Brookings will host Robert P. George and William A. Galston, thinkers with differing intellectual and political orientations, to discuss the prospects for the long-term viability of pluralist liberal societies.

Viewers can submit questions for speakers by emailing events@brookings.edu or via Twitter at @BrookingsGov by using #FutureLiberalism.