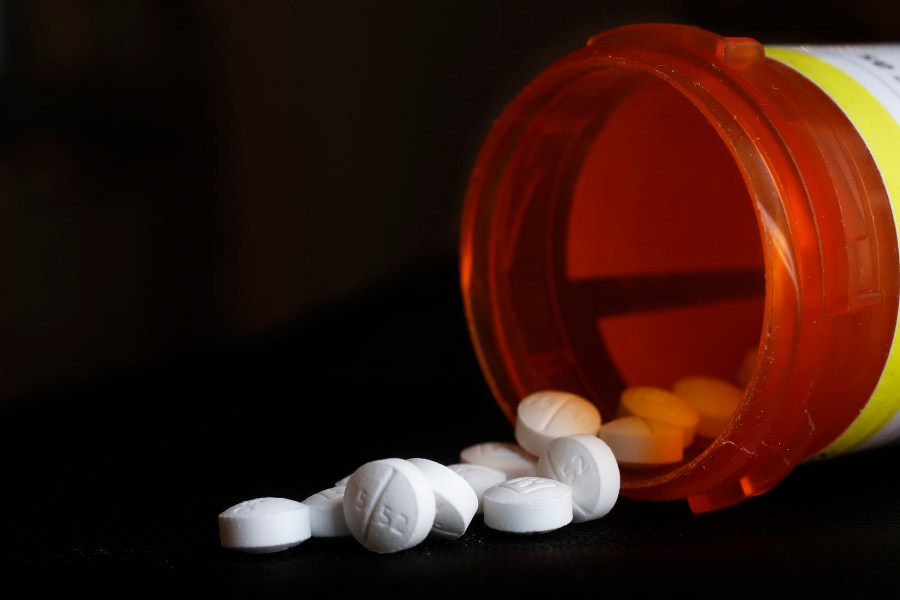 AUSTIN (KXAN)– They say football is king in Texas and now, the attorney general’s office is using it as a way to combat the growing opioid crisis among young people here.

Paxton says they’ll give out more than 3.5 million home kits at high school football programs statewide between October 27 and December 17.

You can take them home and use them to destroy illegal or leftover prescription drugs.

“Open it up, pour the powder in the bottle, put water in it, shake it up, and it destroys the opioids,” explained Kenny Hansmire, executive director of the National Child ID Program, which is part of the coalition.

Hansmire said most pharmacies currently give these packets out to people to destroy their leftover prescriptions.

Paxton said athletes, parents, and community leaders will be handing these out at games.

“We may have 10,000 fans in the stands… many of them may have an opioid issue at home, or they may have opioids that they need to destroy in the privacy of their home. It made a whole lot more difference to be able to hand these out at a game,” Hansmire said.

During the press conference, Paxton said that funding for the program will come from the state’s opioid settlements, saying so far, his office has secured more than $2 billion.

Paxton said the coalition includes the Texas High School Coaches Association, and will be hammering home drug education through public service announcements at games, and sending out educational materials to over one million parents, guardians, and students in the Association’s network.

“I think it’s a problem with athletes, student athletes at the high school and collegiate level,” said Joe Martin, Texas High School Coaches Association director. “You get hurt, you have an injury, you get some sort of opioid to help recover, you’ve got some extra ones, you either abuse them or you sell them. It’s been going on for a long time.”

Dr. C.M. Schade with the Texas Medical Association said while it’s a great idea, there’s more to the challenge.

“My hope is that the attorney general’s office will reach out to the TMA, and will consider our recommendations, which does include legalizing the fentanyl test strips and making Naloxone over the counter,” said Schade, who is also the former president of the Texas Pain Society.

He said while they don’t have data on how many kids are overdosing from prescription opioids– which Paxton’s program targets– that’s only part of the population dealing with this epidemic, which also includes those who are accidentally getting laced drugs not pushed out by a pharmacy.

Part of the TMA’s recommendations include more data gathering.

“Drill down in these different populations, so that you can target your responses and your actions accordingly,” Schade said.

He also said the educational aspect of the new program is key.

“Knowledge is power. And that’s very, very important,” he said.

Turner spreads awareness and education about fentanyl to students, and advocates to school and state leaders for solutions.

That includes expanded access to naloxone and mandatory education at public schools about the drug problem.

“Honestly, I was completely enraged, disappointed, sad. And I felt defeated. I felt not heard,” said Turner after hearing about the AG’s new program.

The passionate advocacy comes after losing her own son, Tucker Roe, to the fentanyl crisis on September 23, 2021.

“My son purchased a pill from Instagram that was marketed as a Percocet pill. And that one pill took his life,” she said. “It’s been a rough year, losing a child is a pain that I wouldn’t wish on anyone.”

Turner said Paxton is missing a larger piece of the crowd by not targeting street drugs laced with fentanyl.

“While I’m grateful for the AG’s Office to realize that children are the target, it’s a missed mark because it’s not prescription medication that is killing our kids,” she said. “And so it’s a really missed opportunity for what the real problem is.”

She feels Paxton’s new program is a slap in the face.

“If we’re not correctly talking about the real dangers of it, how are we addressing the problem?” she said. “It’s really disappointing. And I think any parent, or anyone who’s lost a loved one to fentanyl is outraged today. This is a real gut punch for us all.”

KXAN reached out to all the school districts in Central Texas. The handful that responded say they knew nothing about this program, including AISD.

We’re trying to better understand how many kids actually access and abuse prescription opioids, which this new program targets, versus how many kids accidentally get laced drugs that aren’t from a pharmacy.

It’s part of a list of follow-up questions KXAN sent to the AG’s office. We haven’t yet heard back.