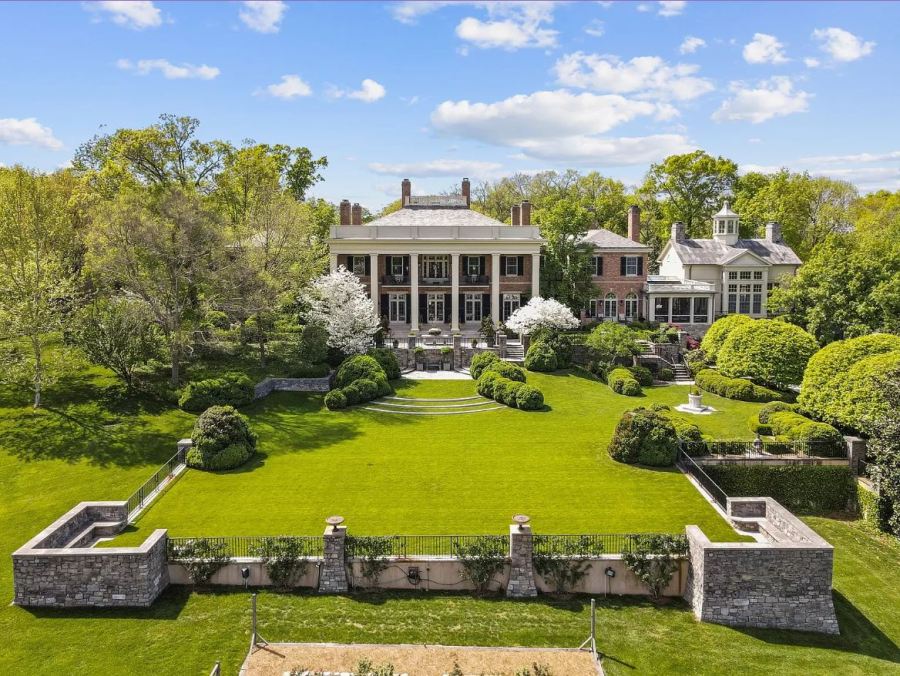 NASHVILLE, Tenn. (WKRN) — For many, the cooldown of Nashville’s piping-hot housing market is welcomed news, especially for those with a new home on the top of their Christmas wish list.

In addition to more inventory on the market, home prices are starting to fall, and sellers are coming up with creative incentives to satisfy both parties.

But, there are some homes with hefty price tags that aren’t budging, much.


NASHVILLE 2022: Looking at Music City’s historic growth and the growing pains that come with it

The most expensive home for sale in Tennessee right now is located Chickering Road in Belle Meade, according to Zillow.

The $50 million home sits on almost 50 acres of land and has been on the market for more than 200 days, according to the site.

The price tag for the next most expensive home is half of that cost. Zillow lists a home nestled in a private cove on a lake in Winchester for $24,499,000. It’s located on about 47 acres of Hidden Cove Lane and has been on the market for about 100 days, according to Zillow.

At $24 million, the estate of Harlin Family Farm can be purchased, the Zillow listing reports. The property sits on almost 300 acres near Franklin and has two homes along with five barns. It’s been on the market for about two and a half months, stated Zillow.

Another home in the Franklin area with a price tag of $23,250,000 comes in at number four for the most expensive homes in Tennessee. Zillow listed the single-family residence built in 1836 about 70 days ago.

The pre-Civil War home is located on Old Hillsboro Road and touts a Greek Revival style with a house and guest house on two parcels of 66 acres of land.

Rounding out the top five is a waterfront home in Chattanooga.

The Zillow listing called it a “Chateau des Reves” or “House of Dreams.” An interested buyer will have to dig deep to produce the $16.5 million to make it their home.

It’s located on Solitude Drive and has been on the market for a little more than 100 days, according to the Zillow site.