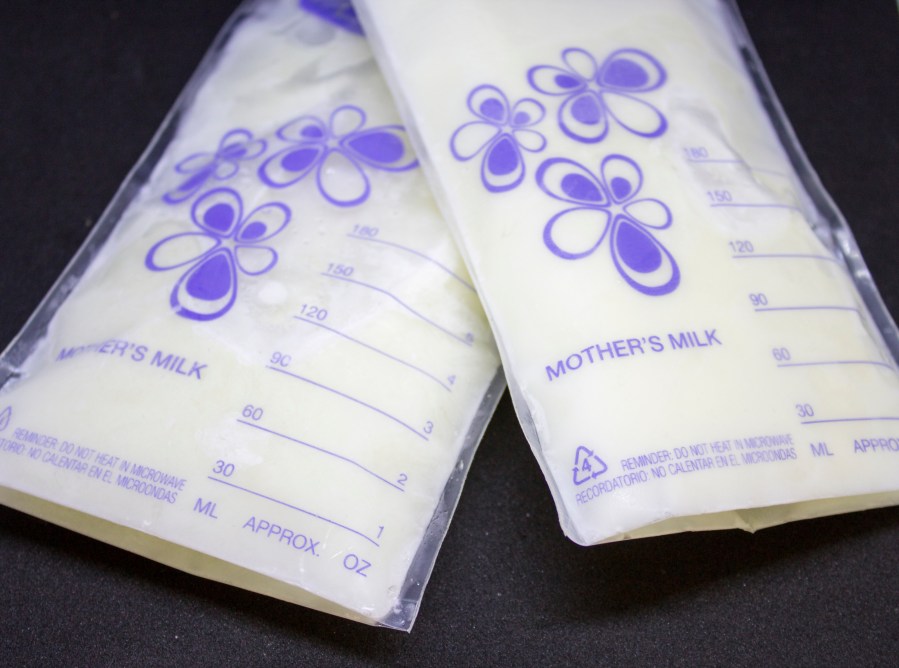 NASHVILLE, Tenn. (WKRN) — In this season of giving, it can be hard to wade through the sea of requests for donations, with so many worthy charities that do impactful work in our communities. But there’s at least one charity in Tennessee looking for a gift that can only come from breastfeeding moms – liquid gold.

“We love our donor moms; we couldn’t do this without them,” said Dr. Susan Campbell, Executive Director of Mother’s Milk Bank of Tennessee.

Mother’s Milk Bank of Tennessee is a nonprofit that has supplied more than 148,000 ounces of donated breastmilk to area hospitals so far this year.

“We want to be able to supply milk to any hospital that needs it for babies. That’s our goal,” Dr. Campbell said.

However, supply has fallen off while demand has spiked.

“We desperately need milk. We’re getting more orders right now than we’ve ever gotten before,” Dr. Campbell pleaded, “We’re hoping that we can reach out to moms and encourage them, if they need room for the leftover turkey and want to clear up their freezers to donate.”

The nationwide formula shortage and competition with for-profit milk banks has also put a strain on keeping up with demand, Dr. Campbell said.

“It’s been discovered that for the very tiniest babies, it can be lifesaving,” Dr. Campbell said. “It doesn’t cause the difficulty that they get if they were to get an artificial feeding, which is basically what infant formula is.”

Donor milk provided relief for Theresa Morris, who has two children. Her youngest son was born prematurely and spent time in the NICU.

“Alex received donor’s milk when he was first in the NICU,” Morris said. “It was great to have him be able to have breastmilk while mine had yet to come in.”

When her milk did come in, she started producing more than he needed. Morris said that’s when she found out about Mother’s Milk Bank.

“His doctor mentioned Mother’s Milk Bank and said that I could help other premature babies by donating my extra milk to them.”

Morris was able to donate 500 ounces of breastmilk before ever leaving the hospital.

“I hope I was able to give other mother’s some relief knowing that their babies would be fed by donor milk,” she said.

The nonprofit requires a minimum of 100 ounces to start the donation process, partly because it costs the nonprofit about $100 for each screening, Dr. Campbell said.

Thanks for signing up!

Watch for us in your inbox.

“The process was very easy. I filled out a form, had a short interview, and blood work. Dropping off the milk was simple as well,” Morris explained.

Dr. Campbell said in the last year they screened 600 mothers who offered their extra breastmilk, but some didn’t pass the screening due to medications.

“We have a lot of work gets done behind the scenes with the human milk Banking Association in North America, they have a very active pharmacology committee that’s constantly checking on medications to see, does it get in the milk? Is it going to possibly affect a tiny baby?”

Breastfeeding moms aren’t the only ones who can help the organization. They are also in need of financial donations.

“Right now our need is we would love, love, love to have a milk analyzer that some of our hospitals are accustomed to getting milk from other milk banks that are higher calorie. And we can’t mix the mom’s milk to get the higher calorie because we don’t know from the beginning what the mom’s milk calories are.” Dr. Campbell said the FOSS analyzer, which is used by dairies to analyze calories, costs around $100,000. “That’s just not chump change.”

$5 donation would provide donor milk to one baby for one day.

Now through December 31, as part of the Giving Tuesday campaign, Facebook has offered to match up to $100 for anyone who signs up for monthly contributions to Mother’s Milk Bank of Tennessee, which would stretch your donation dollars.

For anyone interested in learning more about how to become a breastmilk donor, click on this link.