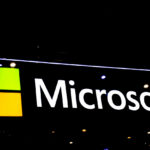 Kitchener-Waterloo-based Acerta Analytics has benefitted as car and vehicle parts manufacturers have sought to operate more efficiently amid these conditions, amassing a list of clients that includes Nissan, General Motors (GM), BMW, Volvo, and Dana.

L-Spark’s Leo Lax: 2022 has been a “disaster” for SaaS funding, though sector continues to grow (BETAKIT)

“The market has shifted completely, and in the Canadian economy, we’ve seen this shift creating a contraction in terms of where growth is happening,” says Leo Lax, L-Spark executive director.

A lawsuit would be the FTC’s biggest move yet under Chair Lina Khan to rein in the power of the world’s largest technology companies. It would also be a major black mark for Microsoft, which has positioned itself as a white knight of sorts on antitrust issues in the tech sector after going through its own grueling regulatory antitrust battles around the world more than two decades ago.

Jack Newton, Clio’s CEO and founder, previously told BetaKit that outdated paper invoices and payment processes caused lawyers difficulties when it came to billings and getting paid. At the same time, clients sometimes struggled when they had to pay in a lump sum, and, as well, could experience difficulties understanding fees.

Software company Zendesk Inc on Tuesday completed its sale to a group of private equity firms led by Hellman & Friedman and Permira in a deal valued at $10.2 billion after prolonged pressure from activist investor Jana Partners.

Although Prosus’ accounting entry implies that it values Byju’s at $5.9 billion, experts say that different shareholders may value a private company differently in their books.

Google has avoided mass layoffs so far, but employees worry their time may be coming (CNBC)

Alphabet executives have stressed the need to sharpen “focus,” bring down costs of projects and make the company 20% more efficient. There’s also been a recent change in performance reviews, and some employees point to declining travel budgets and less swag as signs that something bigger may be on the horizon.

As Elon Musk Cuts Costs at Twitter, Some Bills Are Going Unpaid (THE NEW YORK TIMES)

Mr. Musk and his advisers are examining all types of expenses at Twitter. Some of the social media company’s vendors have gotten stiffed.

The DOJ will examine whether RealPage helped landlords coordinate rent increases. Questions also swirl around a 2017 merger deal with its largest competitor.