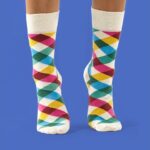 Lidiane Jones, currently executive vice president and and general manager of digital experiences clouds at Salesforce, made a statement on Twitter on Monday noting that she will take over for Butterfield as CEO of Slack.

Tensions had been growing between Salesforce Inc.’s co-Chief Executives Marc Benioff and Bret Taylor over their responsibilities and how the business was run for months before the business-software provider said last week that Mr. Taylor would exit the role, people familiar with the executives said.

Lam resigns seven months after she was tapped to lead Wattpad. She took the reins of the company in May, following Wattpad founding CEO Allen Lau’s decision to step aside and become its executive advisor.

Companies located in Western Canada are invited to apply for the 5th annual OKGN Angel Summit.

This 10-week program is designed to train entrepreneurs and newly accredited angel investors on the capital-raising process through active participation. It all culminates in a public finale on March 16, 2023 where one company will be awarded the fund of up to $250K.

Get ready. Get invested.

Microsoft recently considered building a “super app” that could combine shopping, messaging, web search, news feeds and other services in a one-stop smartphone app, in what would be an ambitious move by the software giant to expand further into consumer services, according to people with direct knowledge of the discussions.

Microsoft executives wanted the app to boost the company’s multibillion-dollar advertising business and Bing search, as well as draw more users to Teams messaging and other mobile services.

FigBytes co-founder and CEO Ted Dhillon believes ESG needs to be addressed holistically. “Carbon emissions, water consumption, supply chain impacts, it’s all part of the same big picture,” he said. According to the company, FigBytes’ software created helps clients see the big picture in a way they can share with stakeholders.

The Chicago-based company’s latest fundraising was 42% higher than its previous efforts, which closed with $22.8 billion in 2020, according to Jennifer James, the firm’s chief operating officer and head of investor relations.

The startup, which helps large enterprises extend private networks across virtually any type of cellular connectivity, plans to invest this capital in product development and expand its go-to-market programs.

The company had previously laid off 100-full time employees from its sales team in July and another 624 full-time and contractual employees in two batches in May.

Top Hat said that the acquisition gives it expertise in a discipline-specific solution, which customers have asked for, and “significantly increases” its reach in higher education given Aktiv has been used at over 700 institutions.

The raise comes just a year after the San Diego-based company hit unicorn status off the back of a $100 million Series B funding round, while in the intervening months rivals in the space, including Secureframe and Laika, have each raised $50 million-plus, while Vanta secured $150 million across two tranches this year at a valuation north of $1.6 billion.

Goloot’s tech allows online media publishers to reward user engagement with personalized offers that can be claimed in a single click. The Montréal startup aims to enhance rather than interrupt the user experience, blending in with publishers’ existing websites.

The Federal Trade Commission on Thursday took its most aggressive actions since Lina Khan became chair to rein in the power of Big Tech, pursuing a lawsuit to block Microsoft’s acquisition of a game developer on the same day it opened arguments in another case against Meta’s purchase of a virtual reality start-up.

By permitting prospective customers to “try before you buy,” Lancey aims to help the B2B software-selling companies it caters to increase their sales velocity and ensure more targeted leads.

Airtable, last valued at $11 billion for its no-code software, lays off over 250 (TECHCRUNCH)

Now, Airtable’s employees are facing the same feeling. Last valued at $11 billion, the no-code leader has conducted a round of layoffs today that impact around 254 employees across business development, engineering and other teams. The company spokesperson says that Airtable is continuing to hire for “strategically important” roles, and that 20% of the staff was impacted today.

The post S|W: The SaaS Weekly – The end of an era at Slack first appeared on BetaKit.