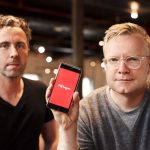 Symend’s co-founders claimed this fresh capital is about scaling on a global stage. Notably, though, the amount raised is mainly an inside round from return investors, and is less than half its Series B round that was raised between 2020 and 2021.

Multiple “critical” teams inside Twitter have now either completely or near-completely resigned, said other employees who requested anonymity to speak without Musk’s permission. That includes Twitter’s traffic and front end teams that route engineering requests to the correct backend services. The team that maintains Twitter’s core system libraries that every engineer at the company uses is also gone. “You cannot run Twitter without this team,” a departing employee said.

POWERED BY: CISCO & CDW
Learn How to Scale Your Startup

At CDW, we work with startups at every stage of their journey, and we have partnered with leading technology provider Cisco to help you find the right technology for your growing business.

In this exclusive, on-demand webinar, Brent Lowe, scale-up coach and lead coach at BASE Associates, discusses the 5 Cs of designing your future as a leader of a scaling business.

By registering and watching this video, you will be automatically entered into a draw to win a private consulting session with Brent and his team.

Don’t miss out on this great session – sign up now!

As part of the alleged abuse of the system, Meta says that in some cases workers accepted thousands of dollars in bribes from outside hackers to access user accounts, the people and documents say.

The Federal Economic Development Agency for Southern Ontario (FedDev Ontario) is providing BluWave-ai with $1.7 million and Tehama with $2.7 million in repayable contributions.

The funding is expected to add 85 jobs between the two companies, and the government hopes it will leverage another $12.6 million in private sector support.

Anders McKenzie, a partner and national leader for the Technology Fast 50 program at Deloitte Canada argued that the 2022 companies stand as a testament to how the Canadian tech sector is currently thriving.

“Despite unpredictable economic and global climates, tech companies from around the country are seizing new opportunities and meeting rapidly evolving market demands,” he said.

The Alibaba and Tencent-backed group was forced to shelve its plans to go public in the US after Beijing initiated a regulatory probe into ride-hailing group Didi days after its blockbuster IPO in New York, according to multiple people with knowledge of the move.

Now 1Password is coming out with a different approach that lets you ditch passwords without pledging allegiance to any particular tech giant. The company’s passwordless system, which replaces traditional passwords with simpler and more secure “passkeys,” is launching early next year, and it’ll work across iOS, Android, Windows, Mac, Chrome OS, and Linux.

Canadian tech talks down rounds, disasters, and “recipes for failure”