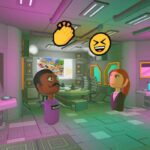 More than 32 million of the leaked records are said to be from users in the US, with 11 million from UK users. Other affected nations include Egypt (45 million), Italy (35 million), Saudi Arabia (29 million), France (20 million), Turkey (20 million), and Russia (10 million).

Shopify declared a record-setting year with combined Black Friday-Cyber Monday sales on its platform adding up to $7.5 billion USDfrom merchants globally. The figure represented a 19 percent increase from 2021 when Shopify merchants declared $6.3 billion in sales.

Learn why leading SaaS companies are turning to Sage Intacct.

Defense tech startup Anduril raises massive $1.5B round at $8.5B valuation (CRUNCHBASE)

The Costa Mesa, California-based startup locked up a Series E worth nearly $1.5 billion that values the company at $8.5 billion. That nearly doubles the company’s previous valuation in June 2021.

ApplyBoard told BetaKit the layoffs were not made for financial reasons, but to serve its customers better, according to a company spokesperson. All layoffs happened in the customer experience team “based on process efficiencies identified as a result of thorough planning,” the spokesperson said.

Duolingo was up 33% to $135.60 at 1:07 p.m. in New York trading, giving the company a market value of $4.87 billion. Accounting for employee stock options and restricted stock units, it has a fully diluted value of more than $5.9 billion.

Software company reports sales just $100,000 shy of $250 million and expects to top the mark in fourth quarter, but neither hits analysts’ average forecasts for the quarter amid fears about software growth.

Yahoo’s chief executive sees the deal as a long-term bet on digital advertising. The companies estimate that their ad partnership will generate $1 billion annually.

Produce8 declined to name the investors in the round, noting only that interest followed the launch of its early access platform funded via Top Down Ventures’ pre-seed accelerator. The round brings Produce8’s total funding to date to $6.1 million CAD.

Parler’s owner and Ye have “mutually” parted ways without closing the deal, the company said via emailed statement to TechCrunch. It sounds like the deal was also never really formalized beyond at best a memorandum-of-understanding.

Despite the rail industry’s importance, RailVision founder and CEO Dev Jain believes many people have a “weak perception” of how it works given that so much of its operations take place “at night and out of sight.” Jain told BetaKit in an interview, “it’s an industry that things just show up on their doorstep and they have no clue how it got there, but it’s responsible for moving more or less everything around.”

The post S|W: The SaaS Weekly – Inside Mozilla’s bid to enter the metaverse first appeared on BetaKit.