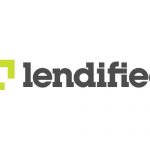 Toronto FinTech startup Lendified said a number of its subsidiaries are facing bankruptcy proceedings over an inability to repay several loans. The move comes after a number of creditors in November issued demand letters of repayment for loans totalling some $6.6 million.

In a public statement, the company said its subsidiaries – Lendified Privco Holding Corporation, Lendified Inc, Castle Return Inc. and WPCFP SPV Inc. – are in no position to repay the loans. As a result, Lendified said that its creditors are appointing a receiver over all of the subsidiaries’ assets with the intent to seize the assets, largely consisting of loan portfolios.

While the company says its subsidiaries are facing bankrupty, Lendified insisted for the time being it’s still in business. Lendified stated that it’s board of directors remains in place and declared that it is “committed to steering the company through these challenges; however, there can be no assurances that it will be able to do so.”

Lendified said it would need an infusion of capital to continue as a going concern in its present form, but noted there is “significant doubt” that the company will be able to source the money it needs.

In the meantime, Lendified is in discussions with its creditors to see if the company can carry on in some form in the future. That might mean restructuring, or otherwise settling its “significant outstanding debt.”

Lendified noted it also cut its staff, but did not say by how many.

The company also faces losing its TSXV listing, and may have to move to the stock exchange’s NEX board, which is for listed companies that no longer meet the TSXV’s standards.

Lendified first expressed concern about the state of its business in May after it delivered its first quarter 2022 results. At that time, Lendified, which provides short-term loans to small businesses in Canada, said in its filing for the first quarter of 2022 that it was running an accumulated deficit of $52.2 million, and that at the end of December 2021 its liabilities exceeded its assets by $6 million.

Lendified first went public on the TSX Venture Exchange in 2020 through a reverse-takeover.

Almost immediately, the company began to show signs of internal strife. Its CFO resigned within a couple of months of Lendified going public. A week later the company issued a news release stating that COVID-19 had resulted in defaults, disruptions, and delays under its loans to Lendified borrowers.

Since 2020, the company has switched CEOs three times.

Founded in 2015, Lendified secured a $15 million Series A raise in 2019. The FinTech previously raised $8 million in seed and follow-on funding. Around six years ago, the company also secured $80 million in senior debt funding for its lending business, to finance working capital loans underwritten by Lendified.