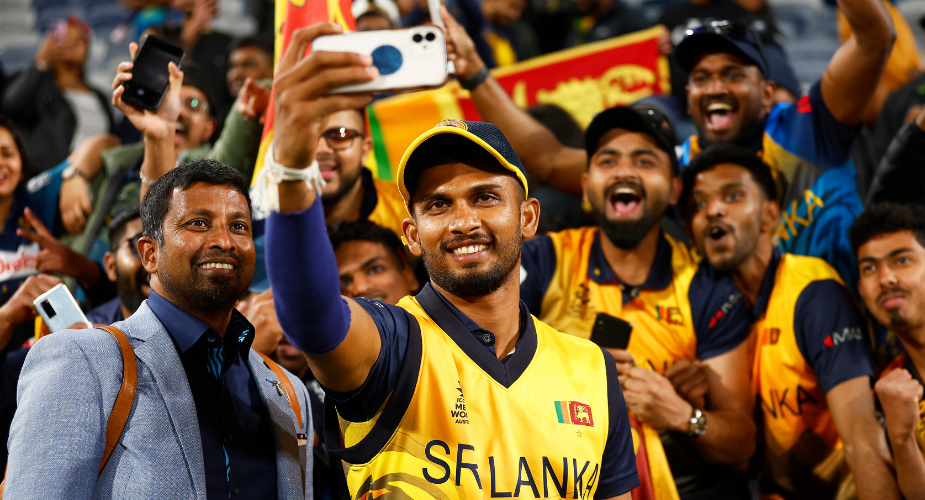 Sri Lanka were thumped in their Asia Cup opener before winning the entire thing a fortnight later. Shashwat Kumar wonders whether that is the Islanders’ masterplan again as they seek to attain global T20I domination in Australia.

Imagine being a Sri Lanka fan. You wake up to the uncertainty of what your team will come up with. On some days, the sense of anticipation translates into unbridled joy. On other occasions, it brings unmitigated darkness – a feeling that nothing will ever be alright.

As you might have guessed by now, there are only extremes in Sri Lankan cricket. Everything is either pristine or broken. The best part is that this alternation happens within tournaments. They can throw caution to the wind one moment and get wound up in caution the next, enthral everybody one minute and make them facepalm soon after. There is nothing in between.

So, when a team of this ilk arrives at a global tournament, surely they can’t make the mistake of being too good too early, right? Imagine that happening. Sri Lanka cruise through their First Round games, only to lose steam and be annihilated in the Super12 stage. Bhanuka Rajapaksa, Dhananjaya de Silva, Kusal Mendis and Pathum Nissanka channelling their world-class alter-egos against Namibia, only to be collapse in a heap later on.

This might be a strange method for any other international team hoping to make a mark at a World Cup. For Sri Lanka, well, this is routine. At the Asia Cup, they had been written off. They looked anything but a title contender against Afghanistan. Sri Lanka lost Dushmantha Chameera to injury. Dilshan Madushanka, who was his replacement, had only played eight T20s in his career. Pramod Madushan only made his T20I debut in the Islanders’ penultimate Asia Cup game. But when it mattered, all the stars aligned as if they were always meant to.

At this T20 World Cup, too, Chameera has been ruled out due to an injury. Madushanka, now a 14-T20 veteran, has not played at all. Lahiru Kumara, who might be called upon to replace Chameera, has conceded nearly 8.50 runs per over in the 19 T20Is he has played. Their batting, especially on the bouncier tracks in Australia, does not seem as solid as at the Asia Cup; a collapse never feels far away.

Yet, against the UAE, they found a way to make it tick. It was almost as if they pushed themselves against the wall because then, the only possible outcome was to come out swinging. It seems they are not afraid of failing. Instead, it feels they are scared of succeeding when everything seems straightforward.

This is a side that just won the Asia Cup, despite getting trounced in their opening game. This is an outfit that reeled off five consecutives wins at that tournament, defeated Pakistan twice, beat India and won the final with the sort of conviction that their glorious predecessors once displayed on a regular basis. And that would not have happened had they been fearful of failure.

But this is also a Sri Lanka team that loves adding the mediocre to the mesmerising. A side that almost takes pride in taking two forward steps and following them with two in the other direction. And then maybe two sideways for good measure. It’s dizzying, and it’s fascinating.

The world’s best teams make winning such a habit that it becomes boring after a point. That just does not cut it for Sri Lanka, who like entertaining by winning games that they should lose, and capitulating when nothing but a victory is on the cards. If they were to rock up at the T20 World Cup and get the better of Namibia, Netherlands and UAE, it would have been so… boring, right?

All that hype around them having returned to their past glories would have actually started making sense. Chris Silverwood would have been heralded as some sort of guardian angel, and their crop of youngsters would have been touted to do what their previous generation accomplished.

So, Sri Lanka had to capitulate, just to ensure the balance of the universe was maintained. That they were absolutely trampled by Namibia, in a game they should have comfortably won, tells you everything about how their cricketing fortunes dwindle between delirium and doom.

And the moment people back in Sri Lanka started worrying about the downward spiral their team was embarking on, they roared back. It was as if they were metaphorically telling them that complicating things and then conquering it is the new cricketing fad they must start believing in.

After all that has happened, don’t put it past the Islanders to crumble against the Netherlands and make this entire narrative seem very stupid. Then again, if that uncertainty did not exist, it would not be Sri Lankan cricket. It feels absurd and ludicrous on so many levels.

But hey, Sri Lanka did stumble in the Asia Cup, only to stand atop the pile. There is no guarantee that that will work on the global stage, although looking at the contrasting nature of their displays so far, you could argue they have been planning this all along – these high stakes, this siege mentality, this commitment to sheer, unadulterated entertainment. You would not put this past them either.