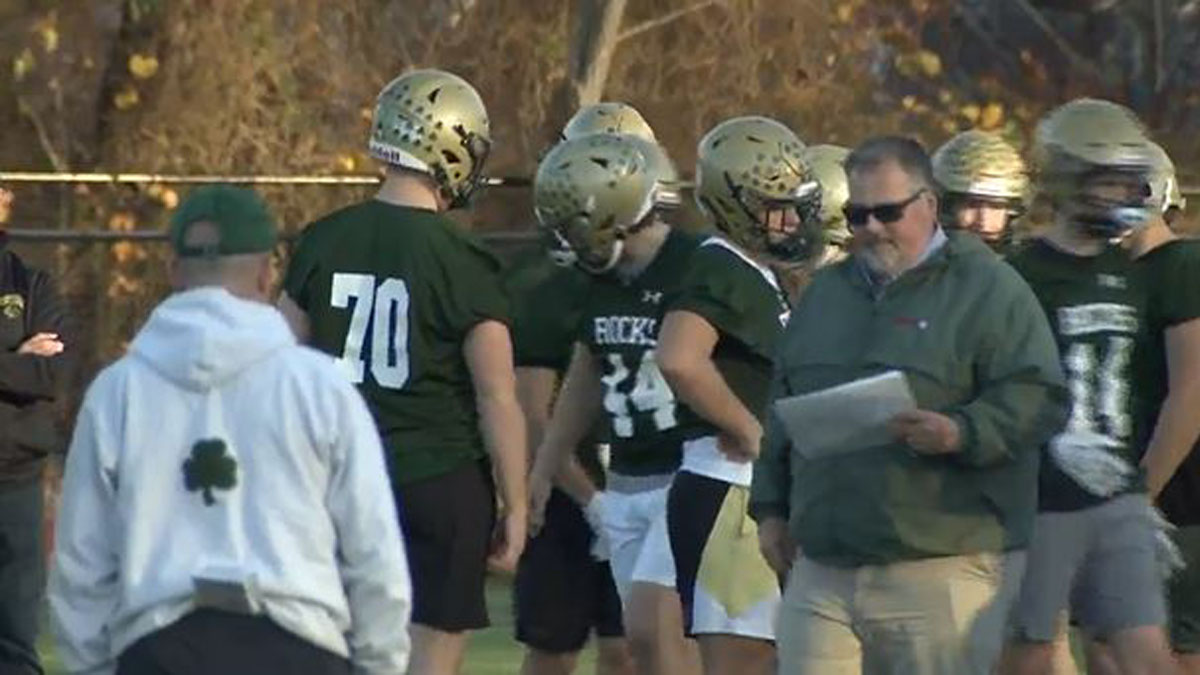 It’s been more than a decade since New England Patriots greats Tedy Bruschi and Logan Mankins suited up for the Pats — and now their sons are making names for themselves as captains of the Bishop Feehan High School varsity football team.

Dante Bruschi and Case Mankins are senior leaders on and off the field. Bishop Feehan Head Football Coach Bryan Pinabell called the “throwbacks” and “old-school players” who have been “tremendous leaders.”

And the two players say their dads take different approaches.

Mankins says his dad doesn’t talk about football with him very often, though he does occasionally give him pointers while going over game tape. Bruschi, meanwhile, has his father Tedy as the team’s defensive coordinator, saying he is being “coached up” constantly.

Both players said they’ve never felt overshadowed by their dads and they’ve been encouraged to build their own football legacies, be themselves, and play hard.