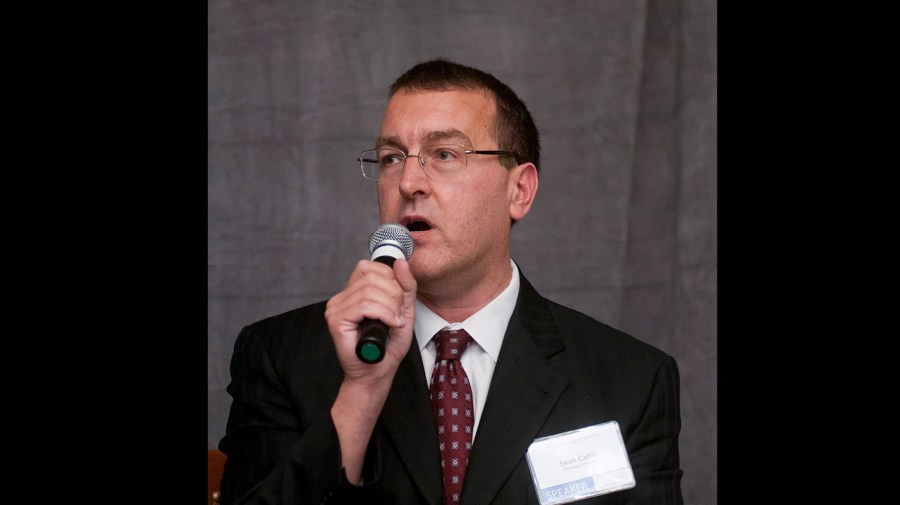 This year’s global monkeypox outbreak has dredged up harsh recollections of the early days of the HIV epidemic, especially for the LGBTQ health activists who lived through that ugly period and its prejudices.

Sean Cahill, the director of health policy research for the Fenway Institute, an organization aimed at creating healthier lives for people in the LGBTQ community, can still recall the time before life-saving treatments for HIV became available.

“We certainly perceived it as a death sentence,” Cahill said in a recent interview with The Hill. “If you tested positive for HIV, there was a really good chance you were going to get sick and die. And I remember that happening to lots of people.”

Cahill, 59, has worked on behalf of organizations advancing LGBTQ equality and HIV prevention for more than two decades. He first started as a volunteer while earning his Ph.D. in political science from the University of Michigan.

While the monkeypox outbreak does remind Cahill of the HIV epidemic, he is quick to point out all the ways in which it differs, such as active involvement from the Department of Health and Human Services (HHS).

Cahill is no stranger to working with governments on civil rights and health issues. He serves on the Massachusetts Special Legislative Commission on LGBT Aging and also teaches health policy as an adjunct professor at the Boston University School of Public Health.

The first few months of the monkeypox outbreak were “very, very frustrating,” Cahill said, due to the high demand for treatments that went unmet.

The Boston native bemoaned what he referred to as the “artificial shortage” that occurred when a large supply of smallpox vaccines was left in a Danish facility waiting inspection by the Food and Drug Administration.

Many unnecessarily “suffered a great deal” at the start of the outbreak, according to Cahill, due to patients being unable to access treatments from providers who reserved medicines and tests for cases where symptoms were obvious.

Cahill says seeing information get “weaponized” against the community impacted was one of the lowest points of the ordeal.

“I’ve seen some comments in response to some of the news articles that have just been, you know, blaming gay men for this. ‘Gay men brought, like, monkeypox to the U.S.’ Saying things like that … that’s unfortunate.”

“It’s really important when there’s a public health crisis like this that you stick to the science, you stick to the facts, and you don’t scapegoat an entire group of people and you don’t make stigma worse, because there’s already anti-gay stigma in our society and around the world,” Cahill said. “So if you say things that make the stigma worse, you’re actually interfering with public health efforts.”

Cahill says his career has witnessed great strides in both political and social progress for the LGBTQ community.

He has concerns, however, over the rise of hate in the U.S. In his own state of Massachusetts, he noted there was a recent incident where a group of masked individuals held a sign over a highway overpass that read “Jews did 9/11.”

“It’s sickening and it’s disgusting and it’s cowardly to wear masks and hold such a hateful sign. But where did these people come from, you know, and why is this happening now? So I’m very concerned about where our society’s going with that kind of hate speech,” he said.

Cahill also has concerns over the future of LGBTQ health in light of the recent ruling from U.S. District Judge Reed O’Connor that struck down a provision in the Affordable Care Act requiring insurers and employers to cover HIV prevention drugs. O’Connor argued that it violated the religious freedom of employers.

Going forward, Cahill, whose organization is nonpartisan, says he would like to see lawmakers on both sides of the aisle become more supportive of LGBTQ equality.

The Senate recently delayed until after the midterm elections a vote on a House-passed bill to codify same-sex marriage. The vote on the measure, which was introduced in the wake of the Supreme Court striking down national abortion rights, was postponed with the goal of getting higher GOP support after Election Day.