Salem is seeing crowd sizes bigger than the city’s historic roads can handle – prompting officials to urge tourists not to drive and close down several major roadways.

With more than 700,000 visitors during the month of October, the Witch City has had enough people to make up three Halloweens. Last weekend alone, Salem saw more than 144,000 tourists, 99,000 of which came on Saturday. With nice weather predicted for Halloween weekend, officials are not only asking people to take the train or the Ferry, they’re discouraging people from driving.

“This year in particular we’ve seen larger crowds than ever. We’ve already surpassed what we would normally see on a Halloween night. We’ve had three Halloweens in essence already in terms of crowd size,” Salem Mayor Kim Driscoll said. “We can’t reinforce it enough. We just don’t have roads that were built for the amount of cars that we have, or enough parking, so a more enjoyable way for everyone – our existing residents and also for visitors – take the train, take a boat, we have a ferry service as well, take a broom, but do not take your car.”

There a couple of other ways to get there. Salem is about a thirty minute ride from North Station via the Commuter Rail, with trains running every hour. Tickets can be purchased with cash on board or ahead of time on via smart phone apps. Another option for those heading in from Boston is to hop aboard the Salem Ferry, which takes just under an hour. The ferry leaves from Long Wharf and docks in Salem five times a day on Saturdays.

You can find the full schedules for both of those options on the city’s website.

Additionally, the city is planning several road closures for Saturday and Monday. Salem police were expected to close most downtown streets by 11 a.m.

“Please use public transportation,” Salem Police Chief Lucas Miller said. “The traffic jam is not just annoying but does pose a threat to public safety if nothing else from the perspective of trying to get an ambulance or a police car or a fire truck to an emergency.”

(See planned street closures in Salem for the Halloweekend here.) 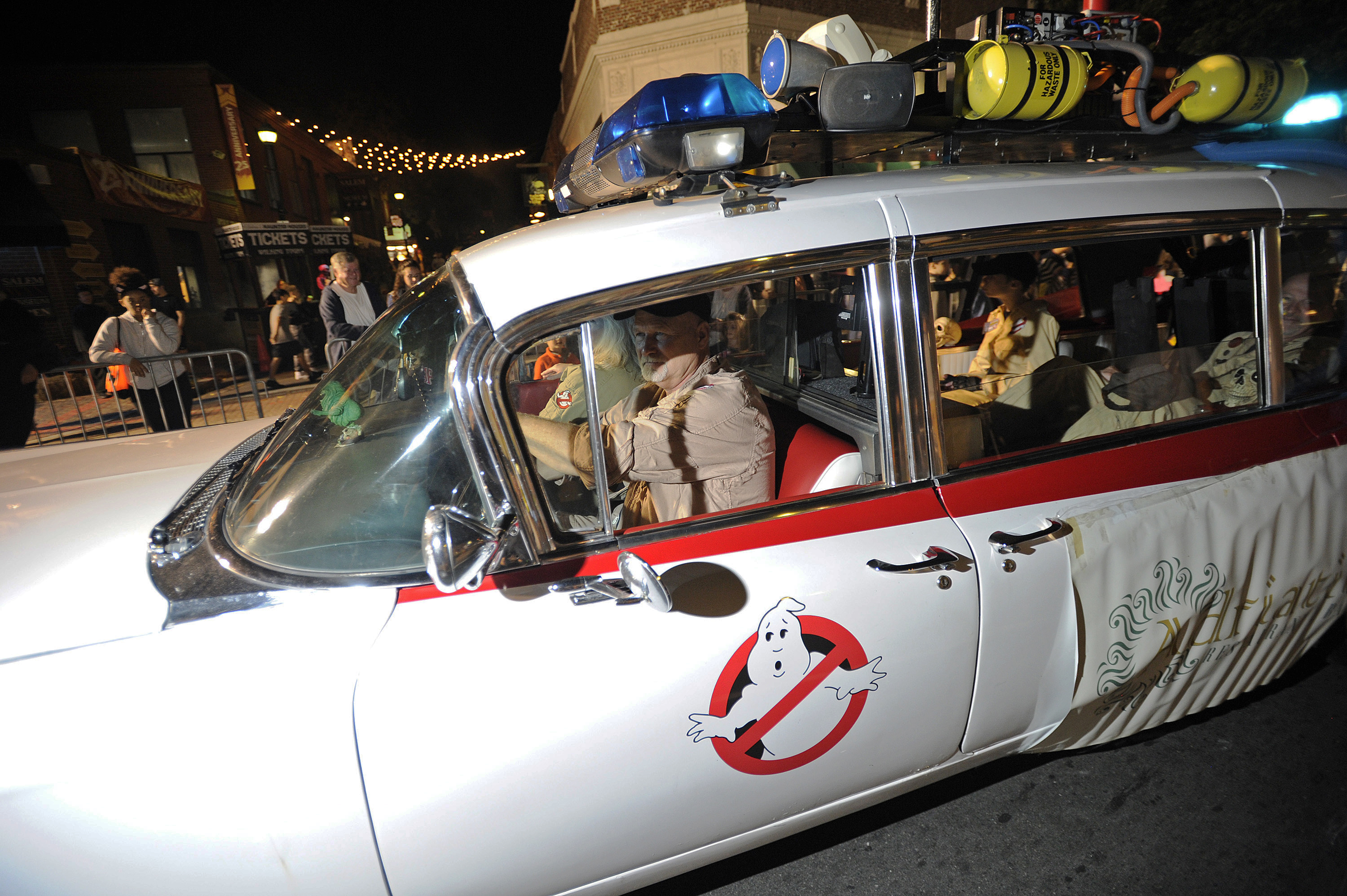 
Come to Salem by ‘Train, Ferry or Broom,' Not Car, Mayor Says