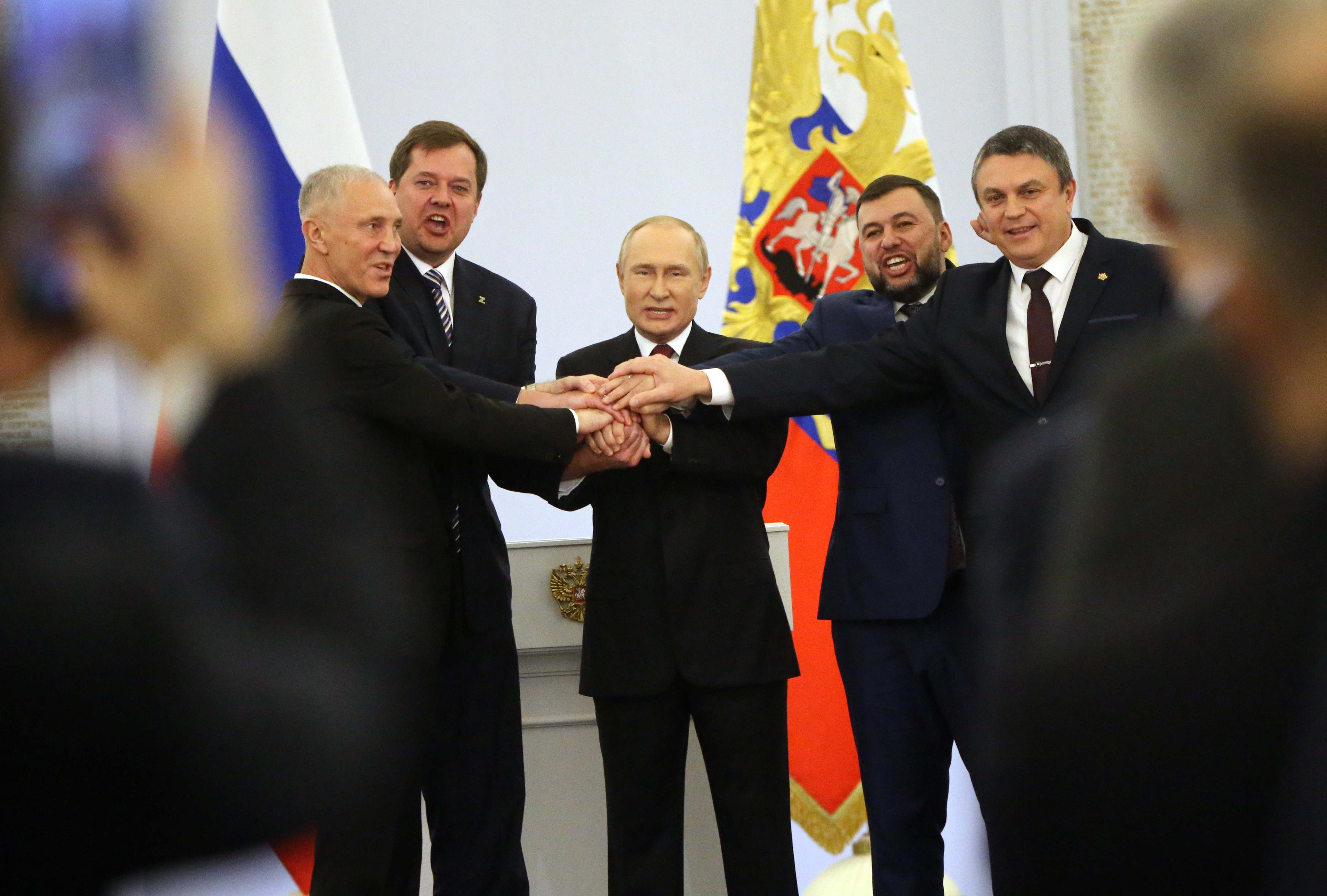 (CNN) — Russia’s legislature on Monday will begin approving President Vladimir Putin’s decision to annex four parts of Ukraine in violation of international law, a move that comes as the Ukrainian military continues to liberate towns previously occupied by Russian forces.

The legislative process is expected to be a formality, although it will take a couple of days. Putin and his allies effectively control both branches of the Russian legislature, and the space for political dissent in Russia has shrunk in recent years.

But the maneuverings inside the ornate halls of the Kremlin stand in stark contrast to the facts on the ground in the detritus-strewn battlefields of eastern Ukraine.

Much of the territory Moscow claims as its own in Donetsk region is now under the control of Ukrainian forces. Ukrainian President Volodymyr Zelensky said Sunday that the country had recaptured the strategically important city of Lyman in Donetsk, while the Ukrainian military said it had recaptured the nearby villages of Drobysheve and Torske, putting Kyiv in a better position as it seeks to take back the Luhansk region.

US Secretary of Defense Lloyd Austin said in an interview with CNN on Sunday that he believes Ukraine is “making progress” in a third region, Kherson, thanks in part to weapons supplied by Washington.

Zelensky said Sunday that Russian forces had been expelled from the Kherson settlements of Arkhanhelske and Myroliubivka.

“What we’re seeing now is a kind of change in the battlefield dynamics,” Austin said. “They’ve done very, very well in the Kharkiv area and moved to take advantage of opportunities. The fight in the — the Kherson region’s going a bit slower, but they’re making progress.”

Donetsk and Luhansk are two of the four regions Russia has said it will annex. They are both home to Russian-backed breakaway republics, and fighting has been raging in both since 2014.

The other areas, Kherson and Zaporizhzhia, are both in southern Ukraine and have been occupied by Russian forces since shortly after the invasion began in late February.

In a formal speech at the Kremlin’s opulent St. George’s Hall on Friday, Putin announced that Russia would push forward with annexing those four regions, after so-called referendums in those areas returned results that purported to show that the majority of people living there voted in favor of acceding to Russian sovereignty.

The contests have been widely panned as a farce that failed to meet internationally recognized standards of free and fair elections. Reports from the ground suggested that voting took place both essentially and literally at gunpoint.