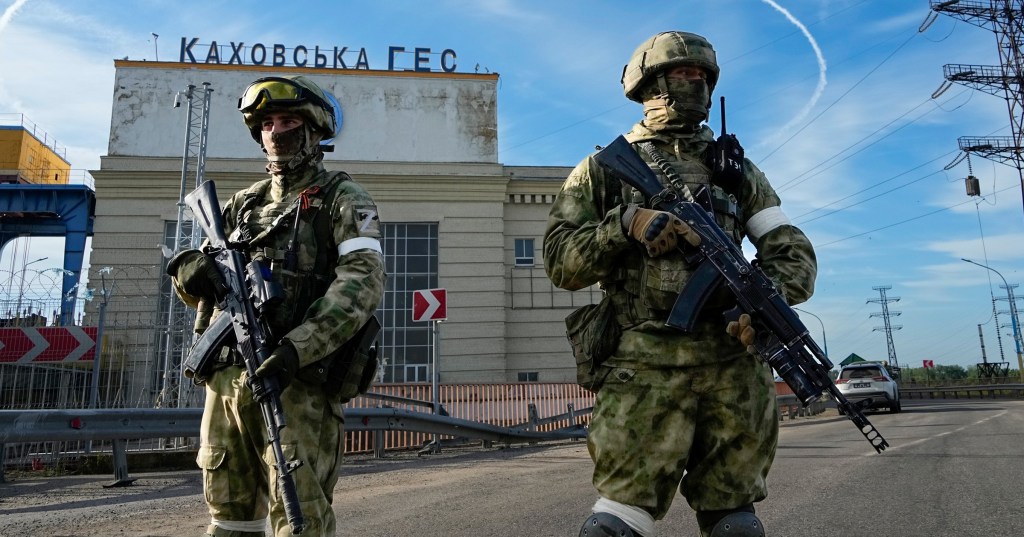 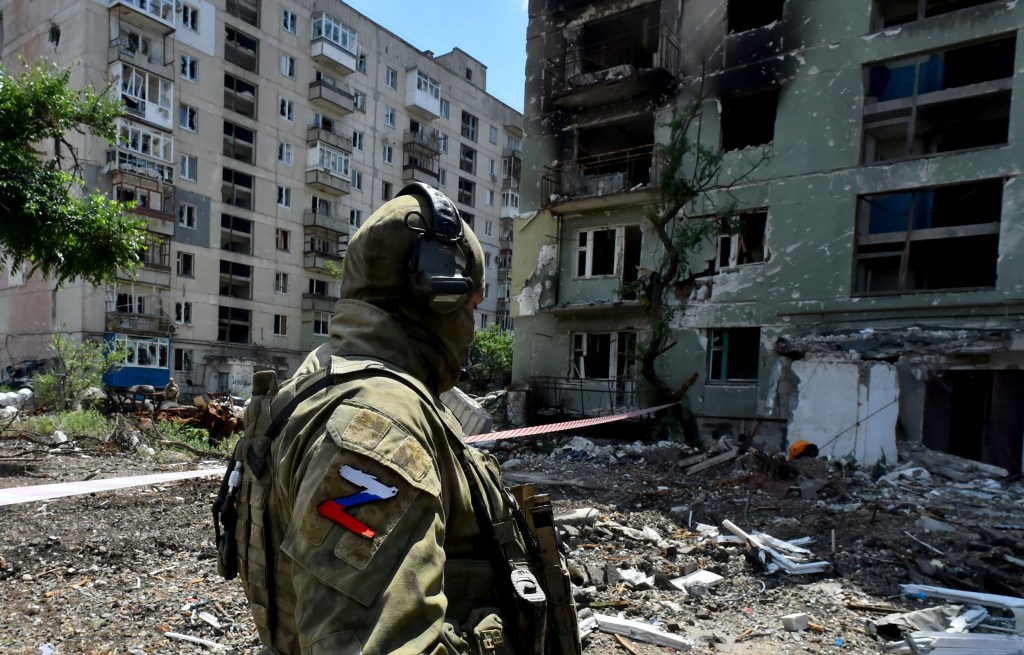 British military intelligence believe the Russian army is shooting its own soldiers in order to prevent them from deserting.

The Ministry of Defence said the Kremlin has ‘probably’ started using ‘barrier troops’ to block people from leaving the front line.

Special units could be deployed behind advanced forces to prevent reluctant reservists called up and sent to fight from trying to escape.

The tactic of turning part of the military against another to instil fear and discipline was deployed by the Red Army and regularly used by Joseph Stalin during the Second World War.

Earlier in the conflict, a Ukrainian defence official claimed Chechen soldiers were being used to kill deserters and terrorise demoralised troops being sent into battle.

The Kremlin claims to have called up an additional 300,000 soldiers after announcing a ‘partial mobilisation’ which saw military reservists compelled to join the fight.

Discontent over the heavy-handed policy, which saw widespread reports of men being forcibly detained and forced to go to Ukraine, led to a rare apology from Vladimir Putin and fuelled a mass exodus of fighting age men from Russia.

Western analysts believe some are being sent into battle with insufficient training and equipment as Russia struggles to equip its army after more than nine months of war and amid tough sanctions targeting its arms industry.

An MOD spokesperson said: ‘Due to low morale and reluctance to fight, Russian forces have probably started deploying “barrier troops” or “blocking units”.

‘These units threaten to shoot their own retreating soldiers in order to compel offensives and have been used in previous conflicts by Russian forces.

‘Recently, Russian generals likely wanted their commanders to use weapons against deserters, including possibly authorising shooting to kill such defaulters after a warning had been given.

‘The tactic of shooting deserters likely attests to the low quality, low morale and indiscipline of Russian forces.’

As well as being forced to call up civilians to offset huge losses on the battlefield, Russia is turning to increasingly esoteric sources for military hardware.

Recent air raids on Ukraine’s energy infrastructure have been waged in part using drones provided by the Iranian government.

Satellites have captured images of a train crossing into Russia from North Korea two days after the US said it believes Kim Jong-Un is covertly sending arms to Mr Putin.