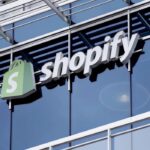 The Retail Times is a weekly newsletter covering retail tech news from Canada and around the globe.

Subscribe to R|T using the form at the bottom of this page to ensure you don’t miss out on the most important retail tech news every week!

More than a dozen Canadian tech companies have recently laid off employees, BetaKit has learned, joining a growing list of firms to shed staff in 2022.

The Ottawa-based company, which was set to be the anchor tenant at the newly built, mixed-used space The Well, wouldn’t say whether it’s paying a break fee.

Bhavnani sat down with BetaKit editor-in-chief Douglas Soltys at SAAS NORTH to talk about Shopify’s approach to pricing, as well as how business can implement price changes at a “detrimental time.”

Build Your Startup on AWS

From Ada Support to Neo Financial, Canada’s top startups build on AWS. But they didn't do it alone. So whether you're looking for help solving a technical challenge, hiring the right engineers, or finalizing a fundraising round, we have all the resources you need to get started. There’s a reason more startups build on AWS than any other provider: we're here to help you succeed, from inception to IPO.

Learn more and start your cloud journey with AWS today!

The measures include a freeze on most hiring, salary freezes for senior managers and cuts in travel and expense budgets, co-founder and CEO Anthony Tan said in the memo which was issued on Wednesday and viewed by Reuters.

Frate’s pre-seed round was led by 2048 Ventures, and included Matchstick Ventures, MergeLane, Convoi Ventures, and other undisclosed strategic investors.

Does scaling your startup feel like constant chaos? Here’s what to do. (BETAKIT)

Startup leaders are accustomed to the mantra of ‘move fast and break things’ because this growth-at-all-costs mentality produced some of the largest companies the world has ever known. But along with it came intense working hours and mental health risks for founders and employees.

Gilimex Inc. said it was a key partner of Amazon from 2014 to 2022, investing tens of millions of dollars in manufacturing facilities to build the steel-and-cloth storage pods used to organize inventory in Amazon warehouses. Those pods are carried by robots, speeding the fulfillment of online orders so workers don’t have to race around the sprawling facilities on foot.

In a recent interview with BetaKit, the minister spoke about his goals for the new role, noting areas he plans to focus on and others he does not: such as the Alberta Investor Tax Credit (AITC).

The fast-growing company, now based in Singapore, is also diversifying its supply chain away from China, where Shein was founded. It has started manufacturing in Turkey since midsummer, and has leased and operated warehouses in Poland to store merchandise and ship to customers in Western Europe, according to the memo.

Investors who have recently raised enormous funds over the last two years still need to disburse that capital. According to Matt Golden, founder and managing partner of Golden Ventures, what changes are the variables that matter to investors.

Welcome to the Ambaniverse (REST OF WORLD)

From food to gadgets to sports, explore how the business empire of one of the world’s richest men touches the everyday lives of millions in India.

Bailey has taken over BC’s innovation agenda from Ravi Kahlon, a fellow member of the province’s New Democratic Party, who has been reassigned to lead BC’s newly created Ministry of Housing.

Don’t forget to subscribe to The Retail Times using the form below to make sure it hits your email inbox every week!