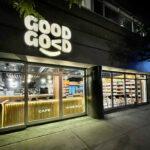 The Retail Times is a weekly newsletter covering retail tech news from Canada and around the globe.

Subscribe to R|T using the form at the bottom of this page to ensure you don’t miss out on the most important retail tech news every week!

Per documents obtained by BetaKit, GoodGood initially set out to raise $10 million in equity capital and debt during the summer of 2022, amid a challenging fundraising landscape and a looming recession. As the company noted: “investor’s priorities have shifted.”

After months of trying to raise funding, while burning tens of millions of euros a month, Gorillas is now reportedly being sold for $590m in cash and equity to Getir. The startup was valued at $3bn at its last funding round in September 2021.

Amazon to shut down food delivery business in India (TECHCRUNCH)

“Customers have been telling us for some time that they would like to order prepared meals on Amazon in addition to shopping for all other essentials. This is particularly relevant in present times as they stay home safe,” the company said at the time of Food launch.

Workers at the Foxconn Technology Group plant streamed out of dormitories in the early hours of Wednesday, jostling and pushing past the white-clad guards they vastly outnumbered, according to videos sent by a witness to portions of the protest. Several white-suited people pummeled a person lying on the ground with sticks in another clip. Onlookers yelled “fight, fight!” as throngs of people forced their way past barricades. At one point, several surrounded an occupied police car and began rocking the vehicle while screaming incoherently.

Ottawa-based company Shopify is resisting calls to cut ties with the controversial site accused of being anti-LGBTQ2 and known as “Libs of TikTok,” which sells merchandise on the e-commerce platform plastered with allegations of “grooming” of children.

The e-commerce giant plans to allocate 10 billion yuan ($1.40 billion) for a fund to assist employees of JD and recently-acquired courier firm Deppon Logistics with buying homes, according to an email to staff signed by JD founder and chairman Richard Liu.

The co-founders said they take responsibility for the layoffs, which were the result of over-hiring in 2021 smacking into economic headwinds in 2022:

“Each and every one of you have made important contributions to this company, and saying goodbye to talented Nurons is not a decision we have taken lightly. For those of you leaving Nuro, we are very sorry for this outcome — this is not the experience we wanted to create for you. We made this call and take full responsibility for today’s circumstances,” said the co-founders in an email.

Over the past six and a half years, Calgary-based 3D robotics supply chain firm Attabotics has focused its efforts on turning what began as a blank sheet of paper into a commercialized warehouse automation system for retailers.

Don’t forget to subscribe to The Retail Times using the form below to make sure it hits your email inbox every week!