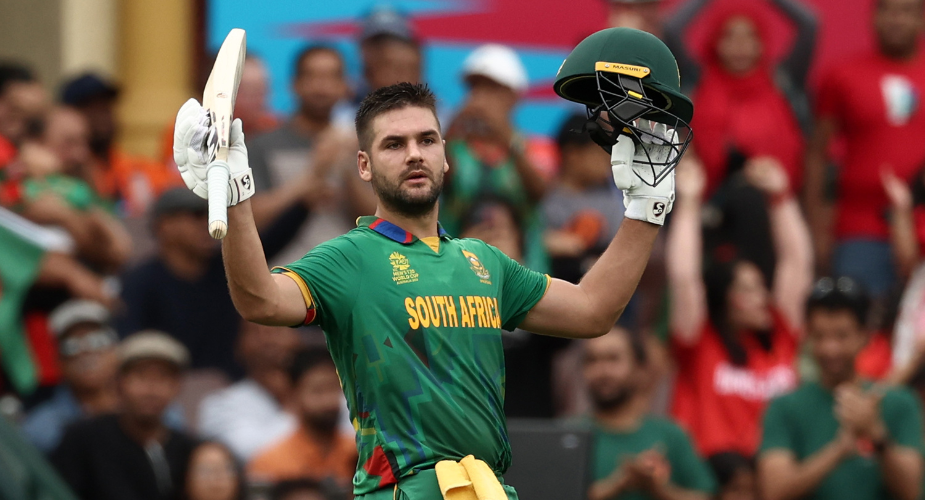 Rilee Rossouw was out of South Africa’s T20I setup for more than six years before returning in July 2022. Since then, not many in the world have been as good as him in the shortest format, writes Shashwat Kumar.

Rossouw made his long-awaited return to the South African T20I side this July, against England in Bristol. He did scored only four. In the next match, though, he reaffirmed his credentials, stroking an unbeaten 96 to power South Africa to a series-levelling victory.

South Africa’s next T20I assignment was in India – a series that Rossouw began poorly. He failed to get off the mark in the first two games of the series, looking slightly out of sorts. But just as people began questioning his place in the XI, he responded with a stunning hundred at Indore. He has now followed it up with another T20I ton, making him the second male batter to register two consecutive T20I hundreds, after France’s Gustav McKeon.

Since his comeback into the South African fold, Rossouw has scored at a strike rate of 185, albeit over only seven innings and 184 balls. Over this period, he has been quicker than even Jos Buttler and Suryakumar Yadav, largely considered the two best T20I batters in the world.

Rossouw has played 23 T20Is. But whenever he has played, he has had an impact. As things stand, he has the best average (41.68) and best strike rate (158) among all South African male batters to have scored 500 runs. His career strike rate is also the fourth-best of all among batters from Test-playing nations with the same cut-off. This year, he also became the second man from a Test-playing nation, after Colin Munro, to score two T20I centuries in a calendar year. He also became the first South African to post a three-figure score in the men’s T20 World Cup.

Rossouw has developed his game against pace and spin, which has been a major factor behind his upturn. Against Bangladesh, too, he dominated all types of bowling, and was tough to tie down. Of his 15 boundaries, eight came against pace and the rest against spin.

As is often the case with batters who take a high-risk approach, Rossouw has had his share of lows. He began his ODI career with a couple of ducks before finding form closer to the 2015 World Cup. Even in India, he did not get off the mark in the first two fixtures, but roared back with a century.

With such extraordinary displays in a short span of time, it is easy to forget that Rossouw did not play a T20I for South Africa for more than six years. While that was not always down to cricketing reasons, it was still a period long enough to make anyone question their abilities.

Thankfully, he returned with greater vigour, and as the numbers suggest, there have not been many (if any) better than him in the shortest format over the past few months. It has taken a long time getting here. But now that he is here, he could turbocharge what can be a watershed T20 World Cup campaign for South Africa.

The post Rilee Rossouw 2.0 is dangerous, more dangerous than you think appeared first on Wisden.