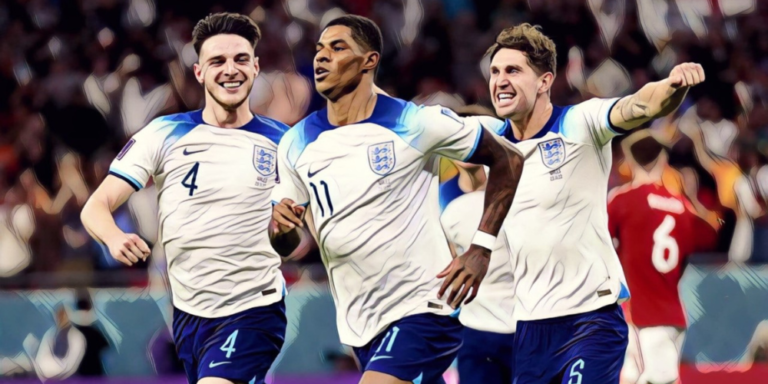 Marcus Rashford admits it is a ‘great feeling’ after his double inspired England to a 3-0 win over Wales.

Rashford scored twice as England booked their place in the World Cup’s last 16 as winners of Group B, with the Manchester United forward impressing on his first start in Qatar.

The 25-year-old opened the scoring with a free-kick past Danny Ward, before Phil Foden doubled the Three Lions’ advantage just moments later. Rashford added a third to put the result beyond doubt, with Wales eliminated from the World Cup after another defeat in a disappointing campaign.

Rashford reacted to the win and was delighted with his role in England’s win, with Gareth Southgate’s side now set to face Senegal in the last 16 on Sunday.

“It’s obviously a great feeling,” he told BBC. “We were disappointed as a team after the last game, we could have played a lot better. The only way to bounce back is to play better in your next game.

England cruise into the knockout stages to setup a clash against Senegal, while Wales finish bottom of Group B pic.twitter.com/QTh6os4aJ8

“Moments like this, this is what I play football for. I am really happy today to be going into the next round of the tournament, because I have massive ambition for this team and I think we can go a lot further.”

Rashford’s improving form and confidence was underlined with his opening goal, with the forward admitting he had fancied an earlier set-piece chance before his first goal.

“I fancied one in the first half, but the one in the second was in a better position. Then it’s being calm and executing what you do in training.”

The post Rashford reacts as brace helps England to last 16 first appeared on The Football Faithful.