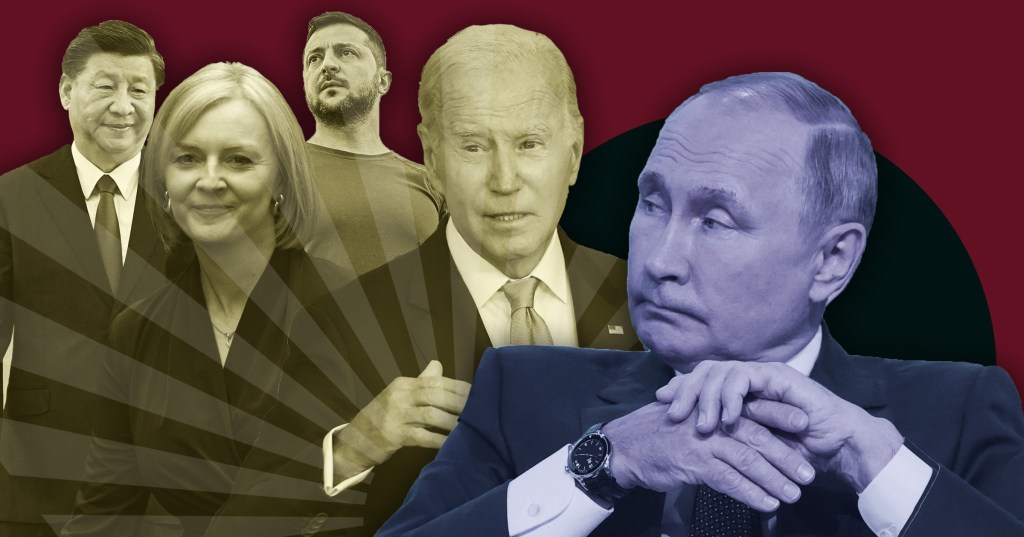 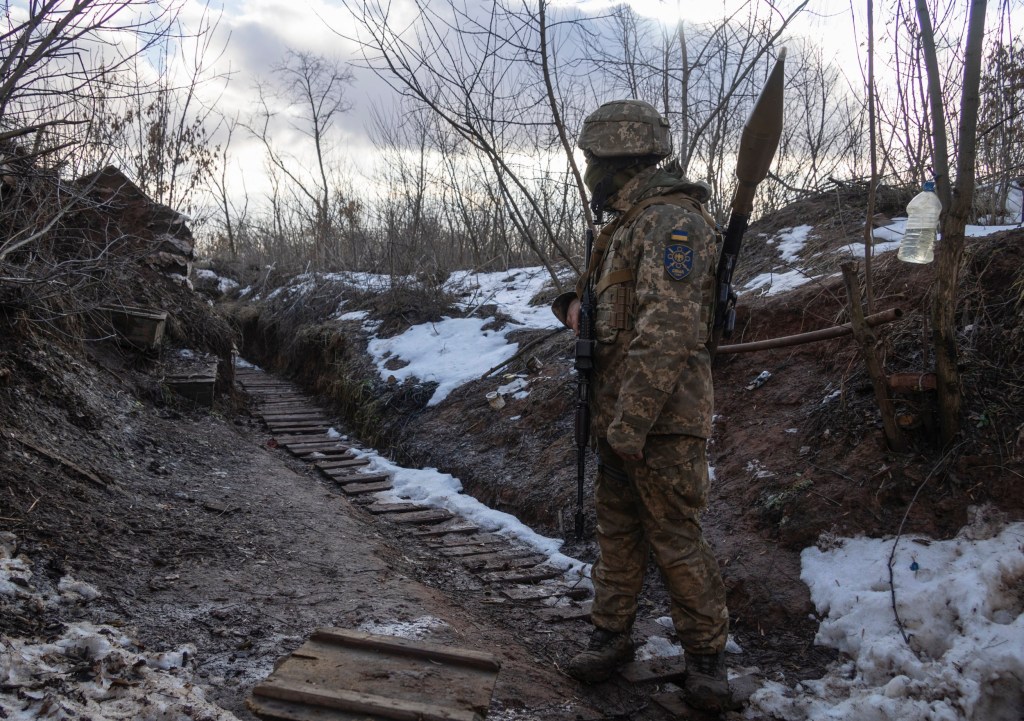 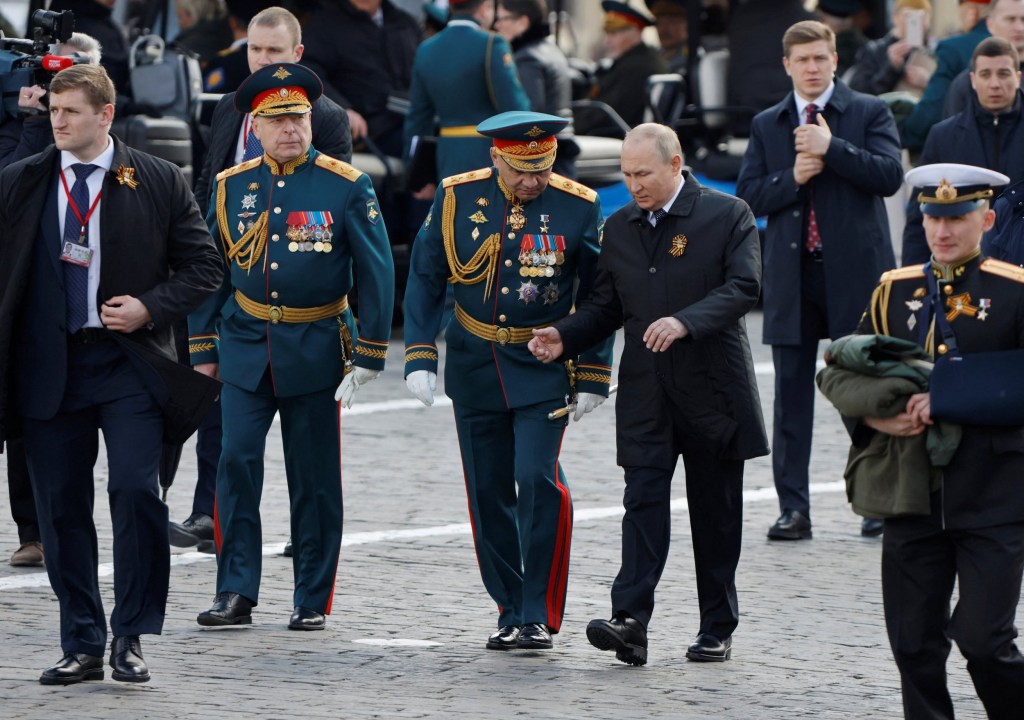 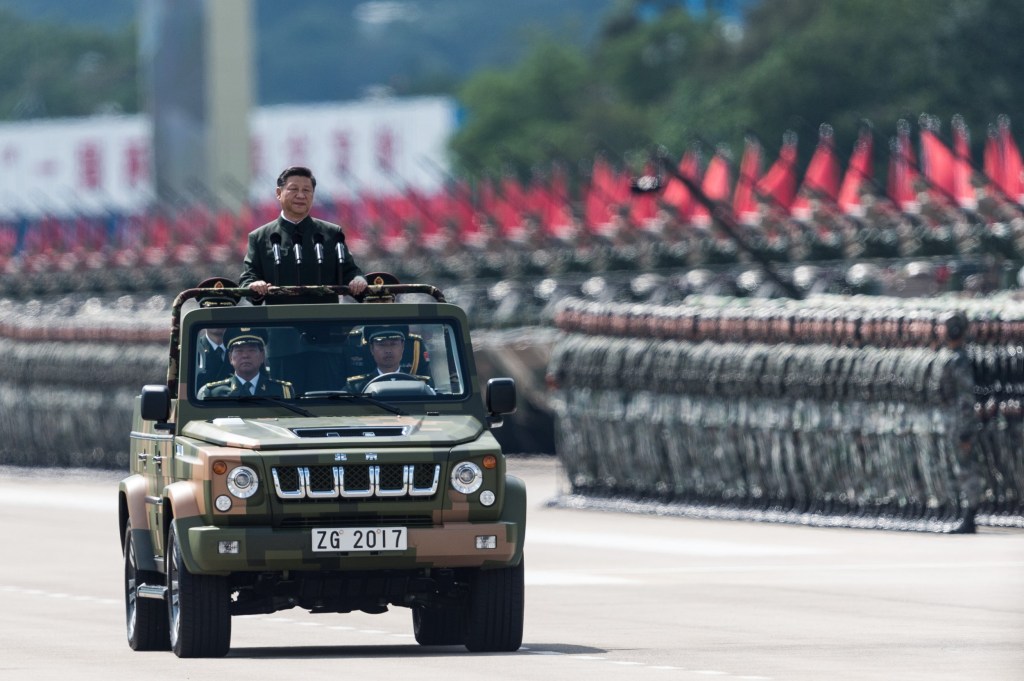 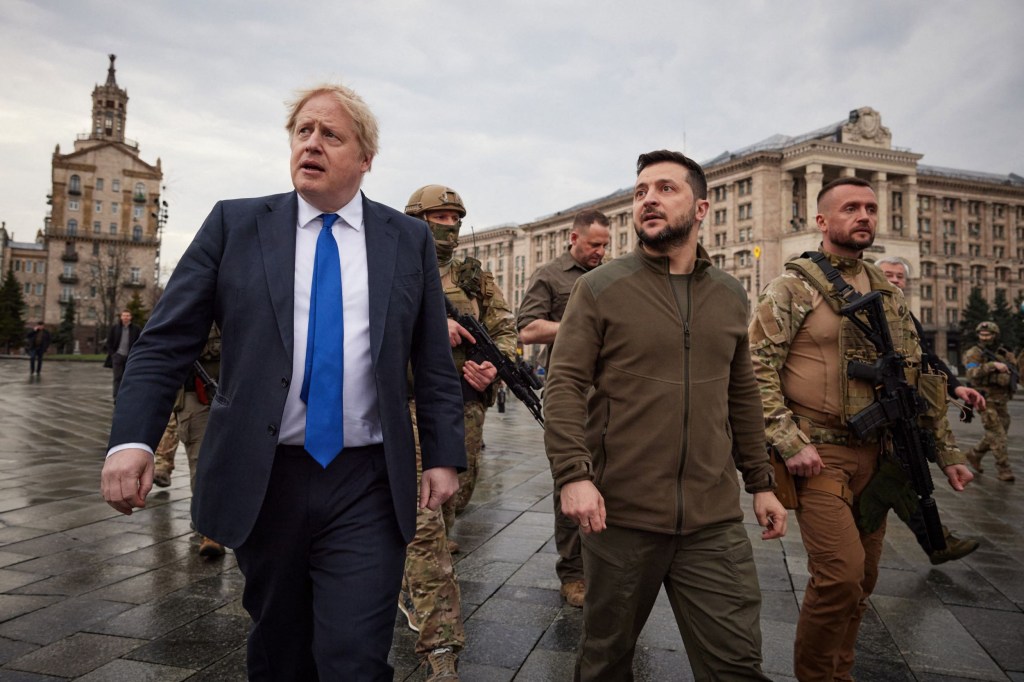 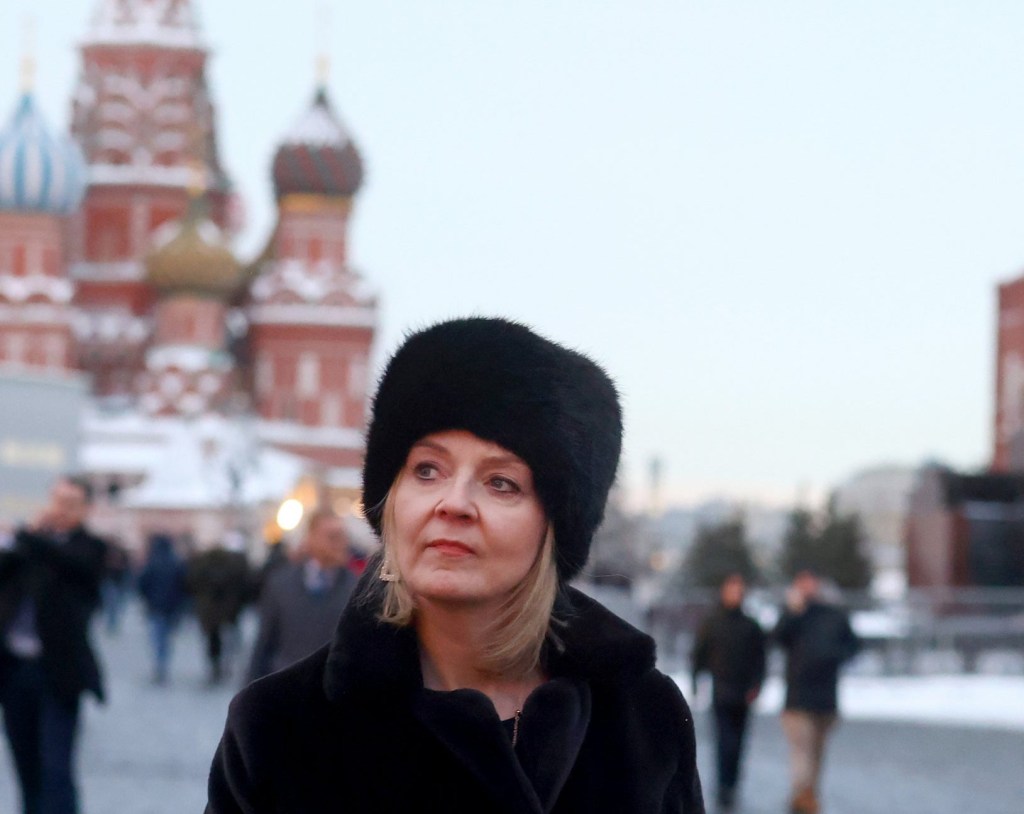 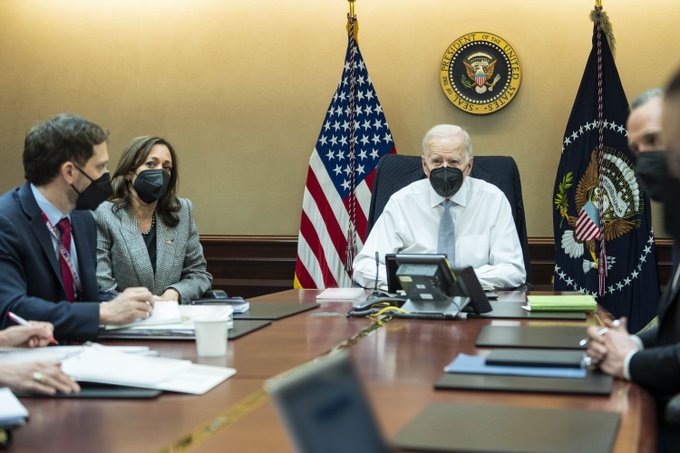 How do you win a war?

It’s a grave question an entire generation in the West has been largely insulated from thinking about but once again looms large.

With the return of trenches and tanks to the continent, there has been much soul-searching about the democracies of Europe’s willingness and ability to defend themselves should the day come.

All pray it does not – but history provides us with instruction on the durability of peace and it is not comforting.

Sir Lawrence Freedman has been grappling with these questions for decades.

He is widely considered one of Britain’s most important foreign policy thinkers and has been a leading academic, advisor to Tony Blair, the official historian of the Falklands War and sat on the Iraq War inquiry.

In Command, his new book about the politics of war and the human decisions and relations under which they are waged, he comes to a hard but consolatory conclusion: that open democratic systems are less likely to lose.

Via a sweeping account of various crises since the end of the Second World War, he finds evidence of belligerent dictators blind to their own failings, fearful generals cowed into nihilistic obedience and communication breakdowns between civilian and military leaders.

Governments and their militaries are self-reliant and their leaders must be ready to respectfully co-exist and adapt with one another, he argues – and the Russian president is engaged in the costly process of proving his theory right.

Sir Lawrence told Metro.co.uk: ‘I always thought Putin was overrated, I never thought he was a great strategist.

‘I think he made some big errors in 2014 which have led to the dreadful situation everybody’s in now.

‘He is a judo artist rather than a chess player – he’s quite impulsive and believes in these sort of dramatic bold moves as a way of catching the opponent unawares.’

He said Putin was operating under a ‘wholly delusional view of Ukraine’ and made the ‘absolute classic error’ of ‘being far too confident in his own forces and far too dismissive of those of his opponent’.

Putin is a man who has ‘not really thought through how to get out of this mess’, adding: ‘You don’t start a war believing it will last three days and still be at it six months later and get high marks in the history books.’

The Russian president’s pre-war televised Kremlin meeting with his senior military and security officials, the siloviki hardliners he surrounds himself with, proved to be a study in the perils of a leader enjoying the company of nodding dogs.

One by one, they rose to tell Putin how everything he believed about Ukraine was correct, with the president bitterly intervening to publicly humiliate the head of his overseas spying agency when he briefly strayed from the party line.

It’s surely inconceivable that not one amongst them held any reservation about the notion Ukraine was poised to be toppled in a matter of days – but none said so.

Sir Lawrence said: ‘It was a very striking example of the various courtiers desperately trying to work out what they should say and even changing their mind when they realised they said the wrong thing, rather than giving honest open advice.’

So should we be heartened that Xi Jinping, another autocrat with expansionist ambitions, will fall foul of the same flaws?

Sir Lawrence believes ‘the risk of a direct assault on Taiwan is not as great as them attempting some sort of siege blockade’ and that he ‘hopes’ Beijing is watching the mess Russia has got itself into closely.

But if Xi does decide to launch a full amphibious assault on China’s island neighbour, there remains a huge question mark over whether it has the battle expertise necessary to win.

Command demonstrates how wars are not spreadsheet exercises in which the side with the biggest guns and most soldiers win.

An inspirational commander in the field can win a battle against the odds, a miscommunication between a political leader and general can undo years of planning, a defending force can draw on reserves of spirit no defence ministry could ever buy.

Nobody knows – not even Xi – if China’s theoretical status as an emerging military superpower will be reflected should it ever finally go over the top.

Sir Lawrence said: ‘They have a problem – not that it’s a bad problem – that they haven’t actually fought a war for a long time so they don’t they don’t have people with a lot of experience around.

‘They also have the red versus expert problem, which is “do you have to have people who’ve got the right political philosophy perspective in the key positions or people who actually know what we’re talking about?”.’

China’s leadership, he says, is ‘aware’ they have this issue and ‘it’s not clear if they’ve found a way to resolve it’.

Ukraine’s Volodymyr Zelensky, on the other hand, is an object lesson in why military experience is not a prerequisite to being an effective leader.

When he swapped his suit for fatigues and bravely turned down a US offer to evacuate him from Kyiv (‘I need ammunition, not a ride’), he transformed himself from an actor-turned-politician with a middling reputation into a heroic wartime president with the ability to galvanise a resistance with international support.

Liz Truss inherited the keys to Downing Street during a febrile situation on the world stage and will have to be honest about the ‘trade offs’ arising from the Ukraine situation, he says, not least on energy.

The UK has poured billions of pounds worth of equipment to contain the threat Putin poses, which means ‘our supplies have been much diminished and defence production hasn’t really started to pick up to meet the shortfalls in the stockpile’.

A promised rise of defence spending to 3% of GBP will be taken up by ‘having to pick up where we left off’ and there won’t be ‘a lot of scope for major new increments of capability – just filling the gaps is going to take quite a while’.

Sir Lawrence said it might be partly necessary to ‘review the review’, a reference to the major defence plan published just 18 months ago but already under scrutiny given the rapidly shifting security outlook in Europe.

In any future conflict, Ms Truss will also need to be ready to be in the thick of decision-making and quickly learn when to overrule her military leaders or when to exercise ‘self-restraint’ by leaving it to professional soldiers.

During the Falklands War, most of the fighting happened while Margaret Thatcher was asleep and communications over 8,000 miles of Atlantic Ocean were ‘painfully slow’.

Contrast that with the image of Joe Biden sitting in the situation room watching his forces take out an Isis leader in real-time on footage beamed back to Washington from Syria on a body-worn camera.

The most important thing the new PM can do, he says, is learn the lessons of recent months and ensure the UK has a world class military command in place as a deterrence should the dark day come it is needed.

That, he admits, is no mean feat – so is he worried about the road ahead?

Sir Lawrence said: ‘There’s a lot to worry about and the question becomes one of “are we able to learn from this and manage it so that things don’t fall apart completely?”

‘And I think you’ve just got to be hopeful that yes, we can.

‘It rarely works well for us if we try to solve our own problems by military means – what you’ve got to do is stop other people trying to do that.’

Command: The Politics of Military Operations from Korea to Ukraine by Lawrence Freedman was published by Allen Lane on 8th September 2022


MORE : How Liz Truss took over the Tory party to become prime minister


MORE : After six months of brutal fighting in Ukraine, no one is winning